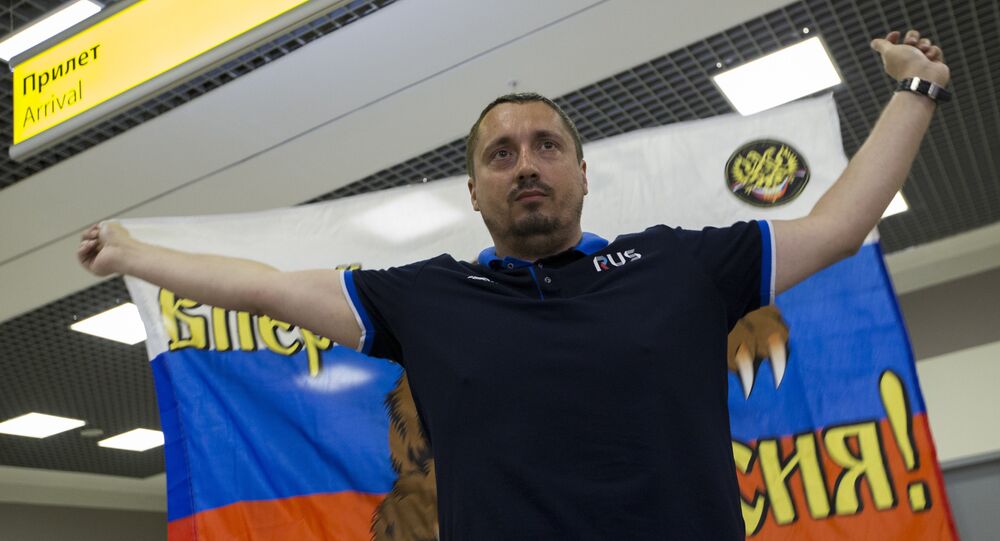 Alexander Shprygin, head of the Russian Association of Football Fans, has been arrested in France, according to the Russian Counsular General.

French authorities detained Shprygin, head of the Russian Supporters Union, in Toulouse during a game between Wales and Russia. Police did not provide any explanation at the time of the arrest. He was trying to reach his seat inside the stadium when plainclothes officers approached him.

"As they told me, Shprygin was in fact detained and transferred to a police department in the airport," said the head of the Russian Consulate General in Marseille Sergey Molchanov said. "A decision on his case will soon be taken and he will be deported from the country."

"Yesterday he arrived, came with no problem. But today the ban took effect. I don't think he knew about this ban."

Shprygin seemed to confirm that he was unaware of his ban when speaking to reporters earlier on Monday.

"I am at the match with a ticket," he told AFP reporters shortly before his arrest. "The French authorities told me I was not deported but just expelled, my Schengen visa has not been cancelled and all the stamps are there. So I can legally be in the European Union."

Shprygin, along with three others, was deported from France on Saturday, but returned to watch the Euro Cup game on Monday.