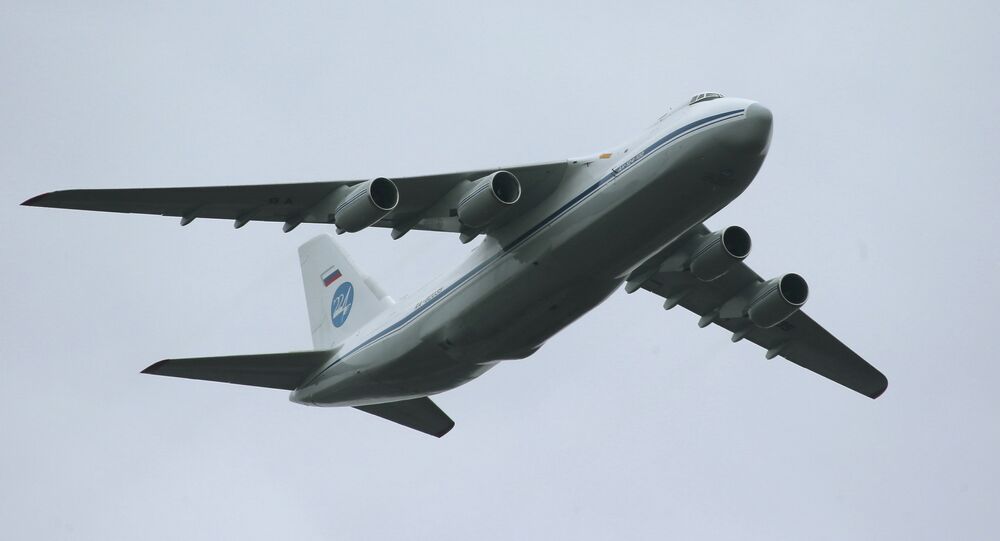 The Russian Ulyanovsk-based Aviastar-SP aircraft maker, which is part of the United Aircraft Corporation (UAC), may design a new Russian transport aircraft in place of the Russian-Ukrainian Antonov An-124 Ruslan heavy strategic airlift jet, the company's managing director said.

© Photo : OJSC "Ilyushin Aviation Complex"
Russia's Aviastar-SP to Produce Elements for 2nd Il-112 Plane in 2016
SAMARA (Sputnik) – Production of the An-124 plane has been suspended amid the ongoing tensions between Russia and Ukraine. The jet was previously manufactured by Aviastar-SP and Ukraine's Antonov State Company aircraft manufacturing and services enterprise.

"Currently, we are looking into different alternatives for constructing a completely new Russian plane. However, the project is still in the conception stage," Andrey Kapustin told RIA Novosti in an interview.

The Aviastar-SP Ulyanovsk plant currently works on upgrading An-124-100 commercial transport aircraft, with three upgraded planes due to be ready by 2018.

The An-124, designed by the Antonov State Company (formerly Antonov Design Bureau), is the world's second heaviest cargo plane, surpassed only by a one-off An-225 Mriya jet, currently in service in Ukraine. An-124 has not been mass-produced since 2004.

Previously, Russia's deputy trade minister said that the resumption of An-124 production is no longer planned due to the current political situation.

Relations between Russia and Ukraine soured in 2014, when Crimea chose to secede from Ukraine and rejoin Russia. Ukraine has also accused Russia of meddling in its conflict in the eastern Donbas region. Russia has repeatedly denied its involvement in the conflict.