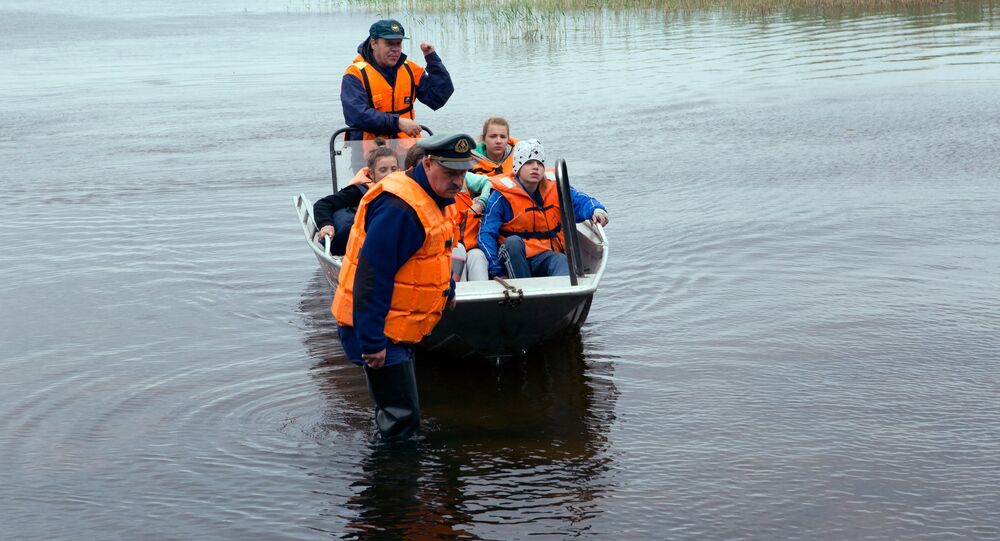 A 12-year-old girl who survived the tragic boat disaster in Karelia managed to raise the alarm with authorities after she was thrown to the shore and walked to a village for help, LifeNews reported.

© Sputnik / Ilya Timin
All Dead in Karelia Boat Tragedy Were Children, Including Orphans
A 12-year-old girl raised the alarm about the tragic boat disaster which killed at least 15 children in Karelia, northwest Russia, when they were caught in a strong storm at Syamozero lake, LifeNews reported on Sunday.

Yulia K. and her brother were in the tourist group from Moscow which set sail on the lake before the storm hit on Saturday. She was separated from him and thrown onto the lake's shore, where she lay unconscious until the next morning.

When she woke up, Yulia K. walked up the shore towards the village of Kudama. On the way to get help, she came across another young boy who had been badly injured in the disaster.

© Sputnik / Sergei Pivovarov
Puppy Farm Employee Discovers 11 Freezing Children From Karelia Tragedy
She remembered his location and continued to Kudama, where she found a local resident who called the emergency services. It appears that they had not been informed about the incident by the trip's organizers.

"First we thought that she just got lost. But when she told us what happened, we called rescue services and police at once," LifeNews reported Kudama resident Aleksandr said.

"She was just walking along the shore. She knocked at three houses but no one was in, and then she got to us."

According to information from the Emergencies Ministry, 47 children aged between 12 and 15 years old, accompanied by four adult instructors, were on the three boats that capsized.