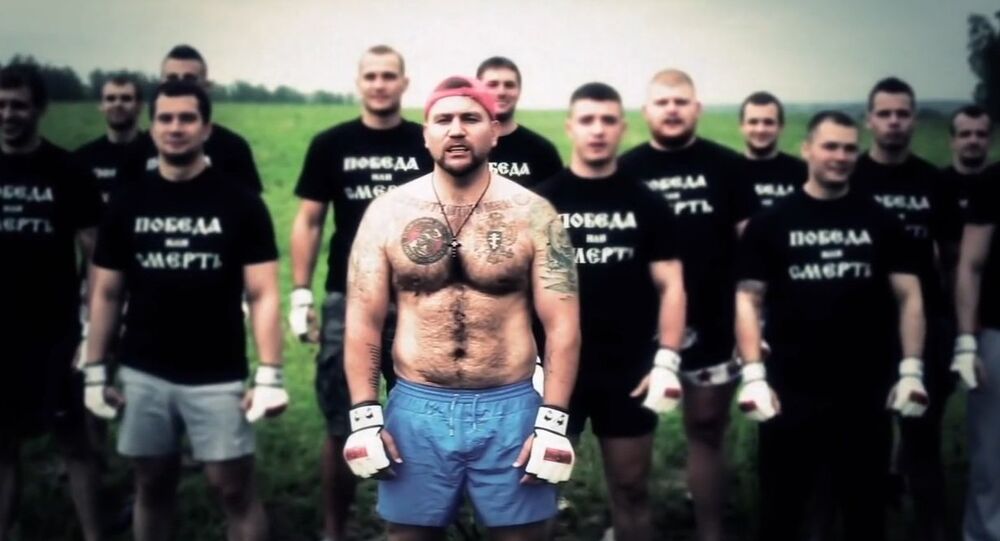 ‘Firms’: Everything You Ever Wanted to Know About Russian Football Fans

According to unofficial figures obtained by Sputnik, members of each and every Russian fan club or “firm” took part in the recent clashes at Euro 2016 in France. Sputnik takes a brief look at these organized groups of “ultras” who created such a big buzz during the recent Russia-England game in Marseille.

In the walkup to Euro-2016 these ultras arrived in France in groups of five to ten to “root” for Team Russia.

Founded in 2000, it is the biggest union of Spartak’s “firms.” “Yu” has a core group of up to 300 diehards. Their biggest and most violent fight was against the Yaroslavka “firm” of CSKA Moscow FC fans, in 2001.

Founded in 2005, it is comprised of 50-100 “soldiers.” Originally built around a group of friends, the brigade grew bigger and bigger scoring victories and suffering defeats. Nowadays, the School is one of Spartak FC’s most active fan groups.

Founded in 1998 it is comprised of 30-60 “soldiers.” Not much is known about them. They have previously demanded the removal of info about them from football websites.

Founded in 1996, it is one of the oldest around and is comprised of 50 “soldiers.”  In Marseille they joined forces with members of Oryol FC, longtime friends of Spartak FC.

Founded in 1996, it has a core group of 150-200 “soldiers.” Their most memorable fight was against members of the now-defunct Flint’s Crew “firm” of Spartak fans. Outnumbered and surprised, Flint’s Crew beat a hasty retreat.

Founded in 2000 in the Kuntsevo and Beskudnikovo districts of Moscow to take on Spartak fans from neighboring areas. Went on to become one of the biggest and most active “firms” in Moscow.

Members of Shady Horse “firm” in Moscow and of Music Hall in St. Petersburg.

The main association of Zenit fans in St. Petersburg and is made up of a core group of 15-200. Grew out of a mishmash of local fan groups to become the biggest in town. Scored a major victory against Dinamo Moscow fans in 2009.

Currently bitterly divided over the treatment of stadium stewards in St. Petersburg.

Founded in around 2011 when several Bad Company members decided to split and set up their own “firm.”  Jolly Boys hold an annual Fight for Zenit mixed martial arts contest among Zenit fans.

According to information coming from within the fan community, the recent brawls in Marseille also involved members of Funny Friends, Lokomotiv Moscow supporters, hooligans from Sturdy Fighters in Vladimir, Russian-speaking fans from Ventspils, Latvia, who traditionally attend all games played by the Russian national squad, several members of Torpedo Moscow and Ural Yekaterinburg “firms” and “soldiers” from Samara.