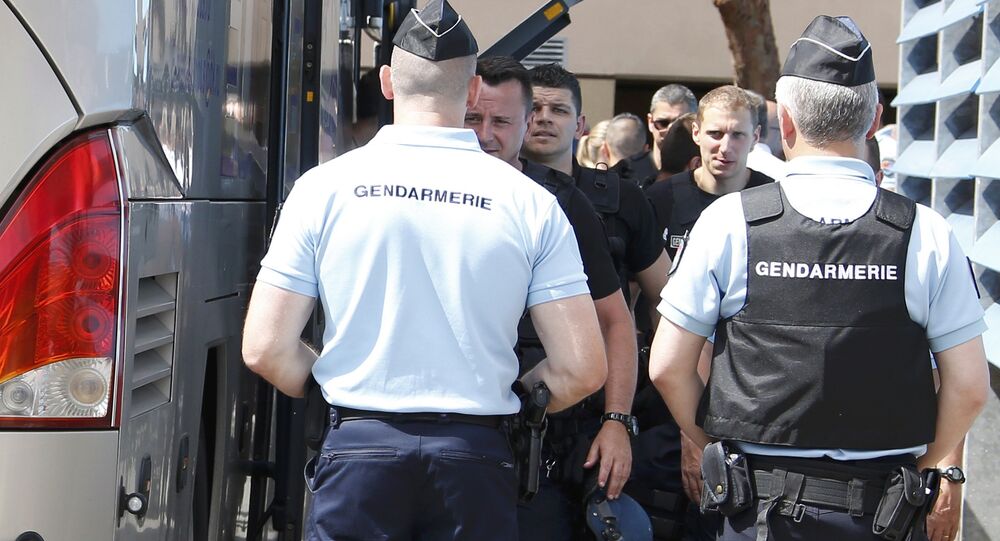 The Russian Foreign Ministry has summoned the French ambassador to Moscow over the detention of Russian football fans during Euro-2016 championship in France.

Moscow has notified the French envoy of discriminatory measures against some Russian fans at Euro-2016.

"On June 15, French Ambassador to Moscow Jean-Maurice Ripert was summoned to the Russian Defense Ministry. He was notified of the protest in connection with yesterday's detention of a group of Russian fans who headed from Marseille to Lille for the next match of the Euro-2016 match with the Russian [football] team."

© REUTERS / Kai Pfaffenbach Livepic
Double Standards? English Fans Provoke Russians As French Police Look On
Earlier on Wednesday, Russian Foreign Minister Sergei Lavrov said that the behavior of some Russian football fans at the Euro 2016 tournament was unacceptable, however, he also noted that there were some provocations.

The Russian Foreign Ministry said that further fueling of anti-Russian sentiment over Russia's participation in the championship may aggravate relations with France.

The foreign ministry noted that it "draws the attention of the French diplomat to discriminatory and nonselective nature of measures taken against Russian nationals as the Marseille prosecutor decided to detain for 48 hours all 43 people [heading to Lille on a bus], including three drivers, to conduct an investigation."

On June 11, the Russian national football team met England in the UEFA Euro-2016 tournament in France. Following the match, which ended in a draw, about 30 Russian fans gained access to an area of the Marseille stadium with English fans, having broken through a security cordon. Violence ensued and security forces had to separate the rival groups.