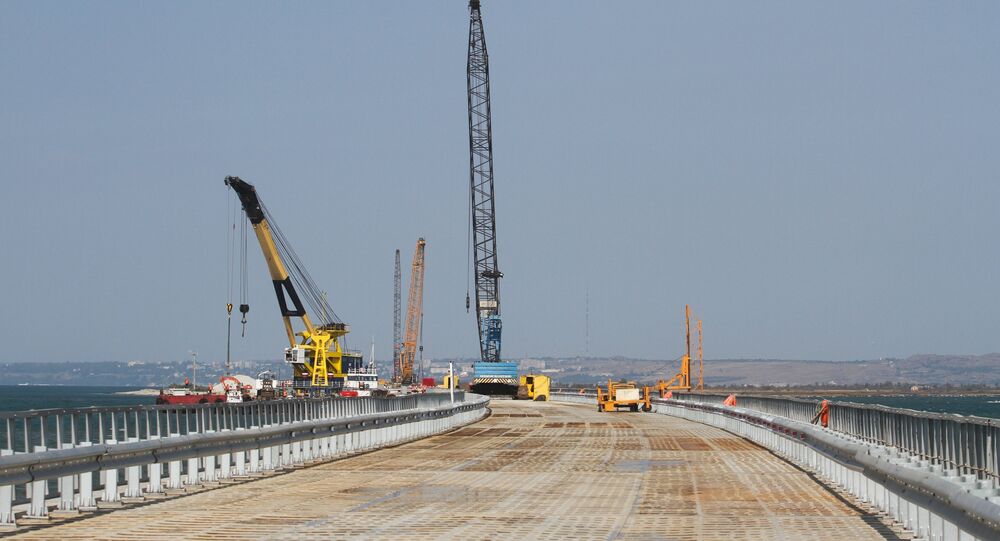 Connecting the Shores: What a Bridge to Crimea Will Look Like (VIDEO)

Watch how the strategic bridge to Crimea across the Kerch Strait will look like as the construction is underway.

Despite western media reports about the construction of the Kerch Strait Bridge allegedly facing funding problems, the builders are now mounting the spans and will soon proceed to installing the paving, the Krymsky Most project’s press service announced on Monday.

The construction of the 19-kilometer road-rail bridge between Crimea and Russia’s mainland is proceeding on schedule.

The Russian government has decided to have payments coming directly from the federal budget to better control spending. Necessary funds have already been set aside and the government is expected to have the matter decided before the end of this month.

The road-rail bridge, which is probably the biggest and most ambitious infrastructure project undertaken by Russia over the last decade, is designed to provide a land route between mainland Russia and the Crimean Peninsula.

The estimated cost of the project is about $3.4 billion.

The bridge is expected to become operational in December 2018 and will become the longest bridge in Russia.

Bridge to Crimea in Line With International Law - Kremlin

Yes We Can! Building Bridge to Crimea