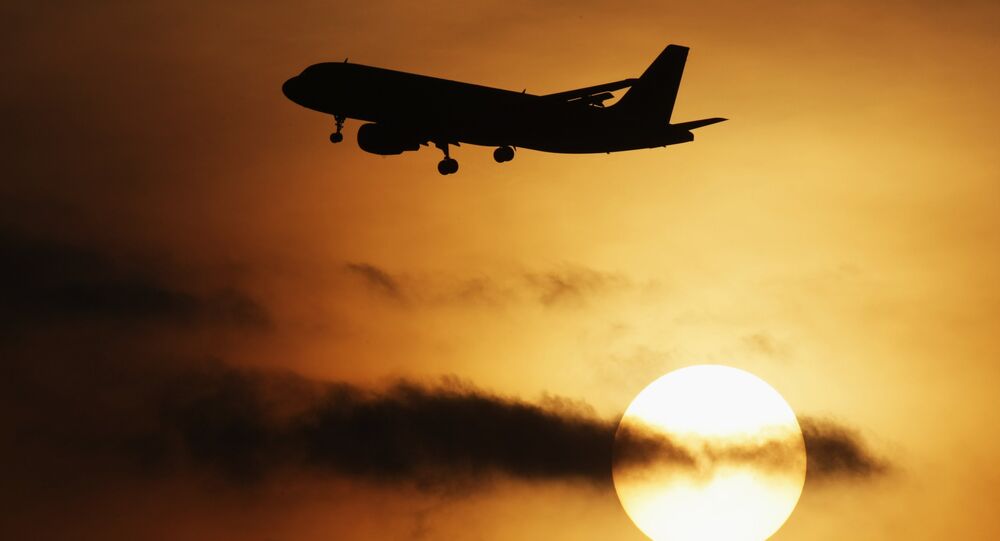 A team of Russian developers have created a unique app which gives passengers a live commentary of what is happening during their flight. While it’s mainly designed to calm those with a fear of flying, it’s also of interest to budding pilots, engineers and anyone interested in aviation.

A ten-strong team of Russian developers have released a brand new app called SkyGuru, which does something that no other app currently does.

The program is designed to explain to passengers virtually “live on air” what is going on with a plane at each stage of its flight.

The program, once installed on a smartphone and activated on board the plane, acts like a pilot, explaining all of his actions and feelings, as well as the processes and sounds associated with the particular plane.

The idea of the app belongs to Aleksei Gervash, a professional pilot and psychologist, the founder and the head of the only Russian ‘fear of flying’ treatment center, appropriately called “Flying without fear.”

Sputnik sat down with the author of the idea to talk about the program.

“For some 30% of Russian adult travelers these fears are real,” Alexei told Sputnik.

“So the idea came to me eight years ago to open up the center,” he explained.

And while helping thousands of people remotely and in person, he also came up with the idea that a computer program that can do something similar.

“It took me one and a half years to fully implement the idea,” Alexei told Sputnik, adding that he himself made 270 test flights with the app and the team released 632 test versions.

This is what SkyGuru can do:

Describes the weather conditions in the departure airport in advance and explains its impact on the feelings of a passenger upon take off.

Calculates the real travel time taking into account the wind.

Explains any possible delays of the flight or its take off.

Comments in real time on the on board sounds which might disturb a passenger.

Gives advice on choosing the best seat in the aircraft and the preferred boarding time, taking into account the specifics of each particular flight.

Upon descend, provides the information on the weather conditions in the airport of arrival and its impact on the landing approach and actual landing of the aircraft, and the feelings of a passenger.

Warns about possible flight maneuvers based on the weather conditions.

Shows the speed and altitude level, if there is a steady GPS signal (this function is usually available at the window seat).

Shows the position of a plane’s nose above the horizon and bank angle.

Shows a 3D model of the planes position in the air, taking into account the rolls and turbulence.

Gives notice of the planes planned maneuvers right after take-off and shortly before the descent.

Explains “why the lamp is blinking” and “why we need to lift off the window blinds” as well as answering many more questions that passengers might have in real time.

© Sputnik / Alexandr Astafiev
'It's Crucial': Medvedev Says Russia Should Not Lose Momentum in Aircraft Construction
The effect of the app is to help passengers with an aerophobia to overcome their fear of flying using years of experience in person to person consulting.

The app is capable of much more, and is sure to be a hit amongst those with a genuine fear as well as those who are simply interested in the whole process of flying.

Aleksei said that so far the program is available only in Russian but the team is already working on translating it into English.

From Wednesday, the app is available for download on App Store.

Russian Firm to Deliver $25Mln Worth of Aviation Equipment to India