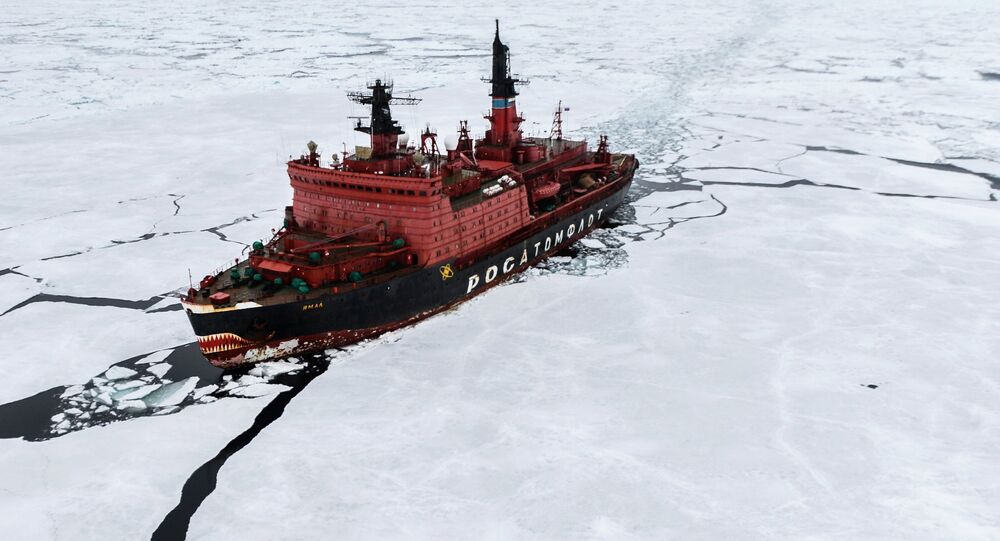 Dmitry Rogozin said that Russia needs to redouble its efforts to "recolonize" hard-to-reach territories in the Arctic and in the Far East.

© Sputnik / Anna Yudina
Top of the World: Russia to Construct Ships for Arctic Shelf in Late 2016
NOVOSIBIRSK (Sputnik) – Russia needs to redouble its efforts to "recolonize" hard-to-reach territories in the Arctic and in the Far East, the country’s deputy prime minister, Dmitry Rogozin, said Thursday.

"In the past few years Russia began working in two major areas – the Far East and the Arctic. Despite being part of the Russian territory, they have not been properly colonized," Rogozin said at an industrial forum in the Russian city of Novosibirsk.

The territories were abandoned and degraded during the turbulent 1990s, he said. Now was the time to "reclaim them, not territorially but for our industrial and cultural civilization," Rogozin continued.

The deputy prime minister emphasized the significance of technologies as well as both domestic and foreign companies in "recolonizing" the Arctic.

"We need complex projects that should be implemented with the help of various Russian and foreign corporations, small and medium business," he said.

Russia has recently identified the development of the country’s Arctic areas as a top priority. Last July, President Vladimir Putin unveiled a new strategy to strengthen Russia’s civil and military capabilities in the region.