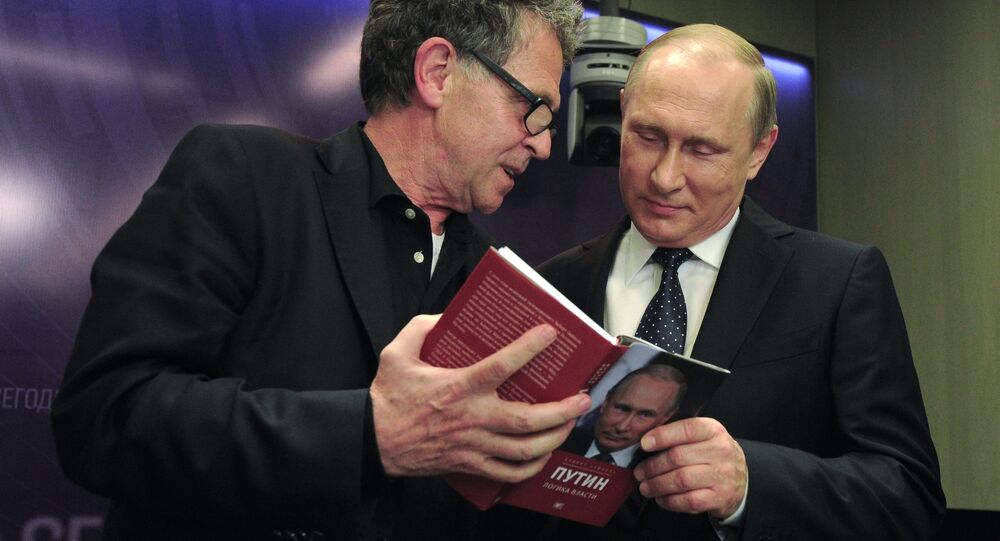 Putin: 'I Haven't Read a Single Book About Myself'

On Tuesday President Vladimir Putin attended the New Era of Journalism: Farewell to Mainstream international media forum in Moscow where German journalist Hubert Seipel presented him with a book he had written about the Russian leader.

When accepting a copy of the book, titled "Putin: Innenansichten der Macht" (Putin: Inside View of Power), whose official presentation had earlier been held during an international book fair on Red Square, Vladimir Putin told the author that he hadn’t read it yet.

“I haven’t read a single book about myself,” Putin admitted.

When asked why, Putin smiled: “Because I know it all.”

Putin and Seipel spent a few minutes chatting in German.

“I don’t know why Mr. Seipel did it. I warned him that if he wrote the truth he wouldn’t get away with it at home, but if he did it the way his bosses wanted, then everything would be fine,” Putin joked.

"Putin: Innenansichten der Macht" (Putin: Inside View of Power) was inspired by the author’s numerous personal meetings, conversations and travels with the Russian President.

The 300-page opus opens with “The Evil Empire and Well-Wishers” preface” and ends with an epilogue aptly titled “Cold  Peace.”

The book focuses on Vladimir Putin’s relations with German Chancellor Angela Merkel, Russia and Western geopolitics, US claims to global supremacy, the standoff in Syria, the conflict in Donbass, the 2014 downing of a Malaysian jet in eastern Ukraine and others.