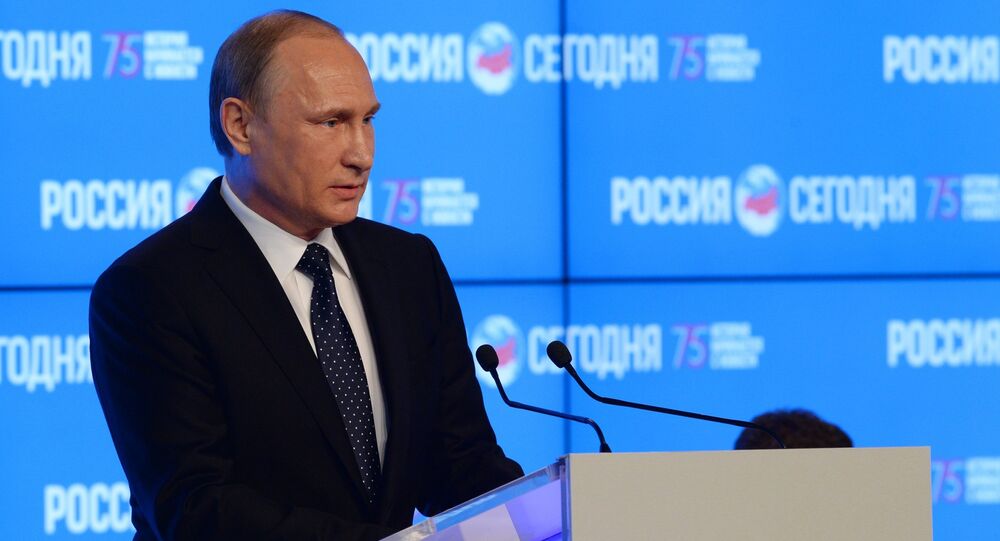 President Vladimir Putin addressed the participants of the international media forum "New Era of Journalism: Farewell to Mainstream" and noted that a direct dialogue among colleagues is always useful.

MOSCOW (Sputnik) — Russian President Vladimir Putin on Tuesday thanked all the participants of the international media forum "New Era of Journalism: Farewell to Mainstream" hosted by Rossiya Segodnya International Information Agency for their fruitful work and cooperation, noting that a direct dialogue among colleagues is always useful.

"I want to thank all the Russian and foreign participants of the forum for the fruitful work, cooperation within these two days. As far as I know, you have discussed a variety of issues and, above all, of course, the role of the media in the changing world, exchanged views on your concerns, problems. And, of course, a direct conversation between colleagues is always helpful and always in demand," Putin said.

The two-day media forum, timed to coincide with the 75th anniversary of establishment of the Soviet Information Bureau, which later evolved into Rossiya Segodnya, kicked off in Moscow on Monday. The event dealt with the changing nature of contemporary journalism and is attended by media experts from over 30 countries.

Putin: Journalism Should Not Be Subjected to Any Kind of Repression