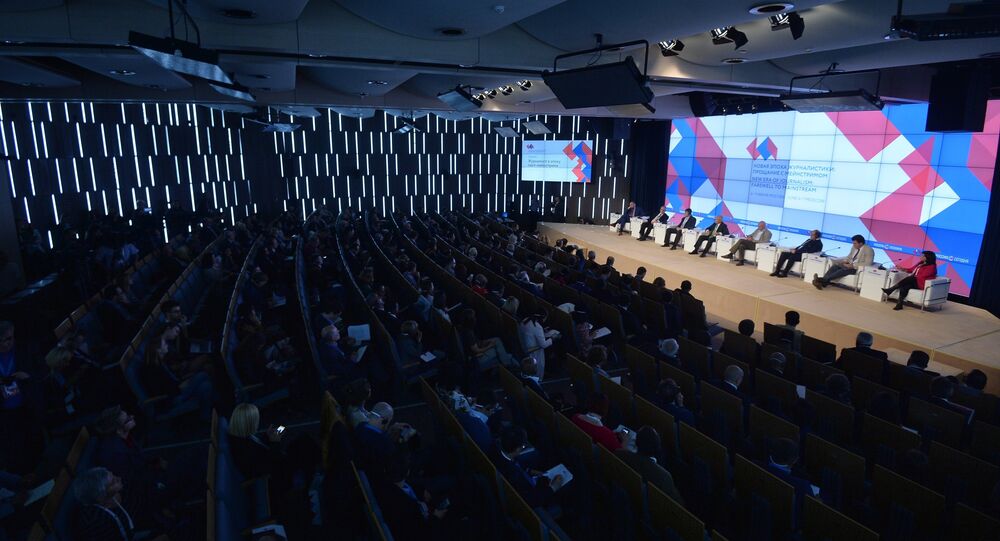 The second day of the New Era of Journalism: Farewell to Mainstream forum hosted by Rossiya Segodnya International Information Agency is expected to be marked by a an appearance of Russian President Vladimir Putin and a speech by the founder of the whistleblowing website WikiLeaks, Julian Assange.

MOSCOW (Sputnik) — The second day's forum session, called "New media: Guaranteeing freedom of information," will address issues of censorship and will see a speech by German journalist Hubert Seipel, the author of the book "Putin. Inside View of Power," among other speakers. The day will conclude with the forum's third session, titled "End of the monopoly: The open information age," and will focus on the freedom of information dissemination.

The Russian president is set to make an appearance at the forum on Tuesday. Putin is expected to congratulate the journalist staff and the participants of the forum on the 75-year anniversary of the establishment of the Soviet Information Bureau, which later evolved into Rossiya Segodnya.

Assange's speech will be delivered remotely via a video conference from the Ecuadorian Embassy in London, where he has been residing since August 2012.

The New Era of Journalism: Farewell to Mainstream international media forum is taking place on June 6-7. The event deals with the changing nature of contemporary journalism and is attended by media experts from over 30 countries.

Kiselev: Alternative Media in Demand Due to Transition to Multipolar World

No Media Outlet Has Info Monopoly, People Participate in Creation of News