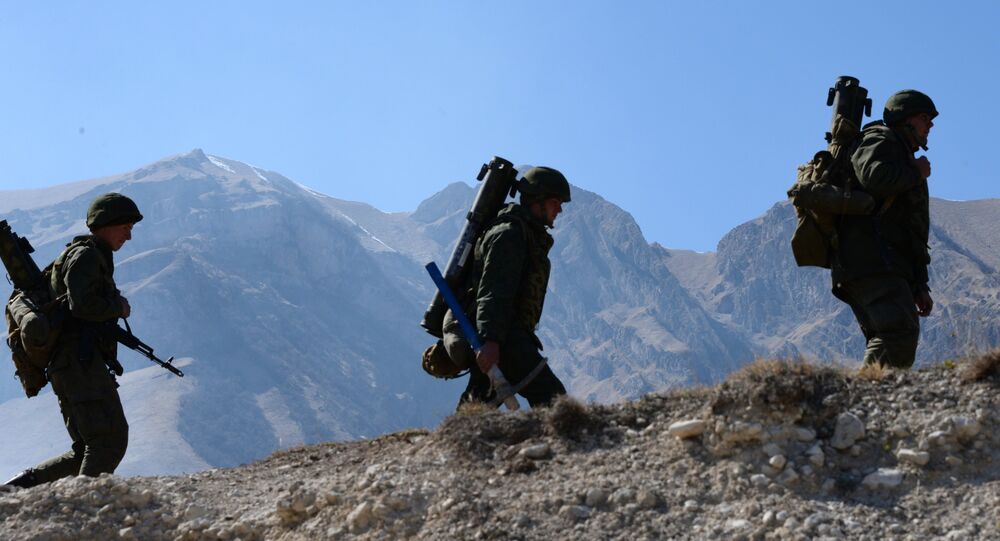 Russia's Southern Military District's Soldiers completed a training in North Ossetia, the press service of the district said on Friday.

"Within two months, the soldiers learned to overcome the rocky terrain of varying steepness and difficulty by using mountain climbing and special tool; they mastered skills aimed to overcome the water and air crossings both individually and within the unit, during a day and night and in all weather conditions. All obstacles are overcome in full gear, which weighs about 40kg [88 lb]," the press service said in a statement.

According to the press service, the conditions were as close to combat reality as possible, with soldiers practicing as they were on the enemy's territory and cut off from the main forces. About 200 soldiers participated in the training.

Soldiers have paid special attention to the organization of observation points, ambushes and raids, and have worked on the camouflage skills and the silent movement in the mountains when performing tasks on an senemy's territory.

South Ossetia to Hold Referendum on Joining Russia in 2017