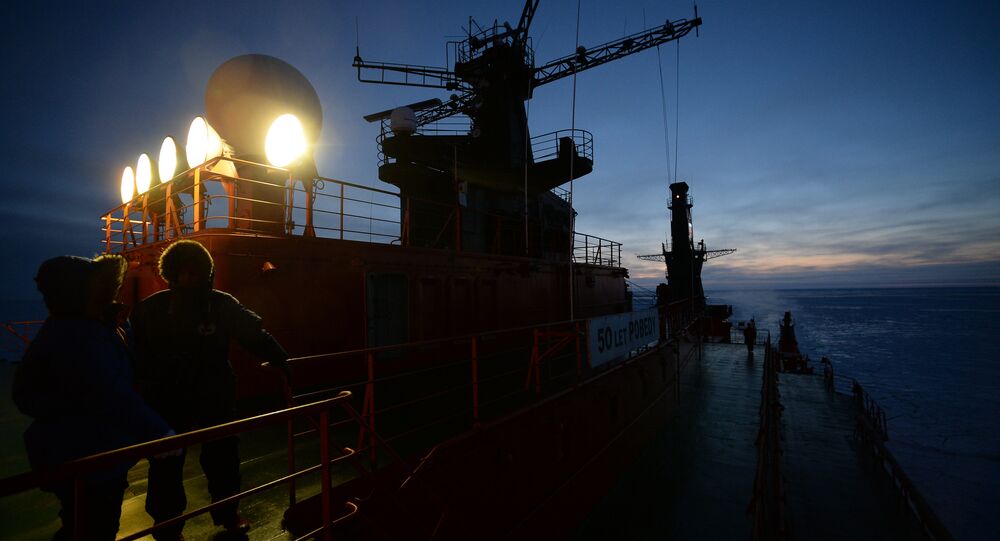 The Russian military has begun transporting materials to Arctic required to build a high-tech military infrastructure that is due to be completed by 2017, Northern Fleet press service head Vadim Serga said Tuesday.

© Flickr / 4 Cdn Div / 4 Div CA - JTFC/FOIC
Battle for the Arctic: Canada Boosts Military Presence in the Far North
MURMANSK (Sputnik) — Over 70 Russian military facilities on the Arctic Alexandra Land island are due to be put in commission before the end of the year. Several key social and infrastructure objects have been put into operation on the Franz Josef Archipelago island. These include a 36-person amenity building, a diesel power plant, a water treatment plant, a waste disposal site and storage containers, among other facilities.

"Chartered ships have started making regular trips from the ports of Murmansk, Arkhangelsk and Kandalaksha, where an accumulation of cargo deliveries bound for the Arctic is taking place under the supervision of specialists from the Northern Fleet," Serga told reporters.

Russia has been increasing military presence in its Arctic regions. There are plans to build and equip military facilities mainly on the Novaya Zemlya archipelago, the Franz Josef Archipelago, the New Siberian archipelago and the Wrangel Island.

In December 2014, Moscow unveiled a revised military doctrine that prioritizes the protection of national interests in the Arctic.