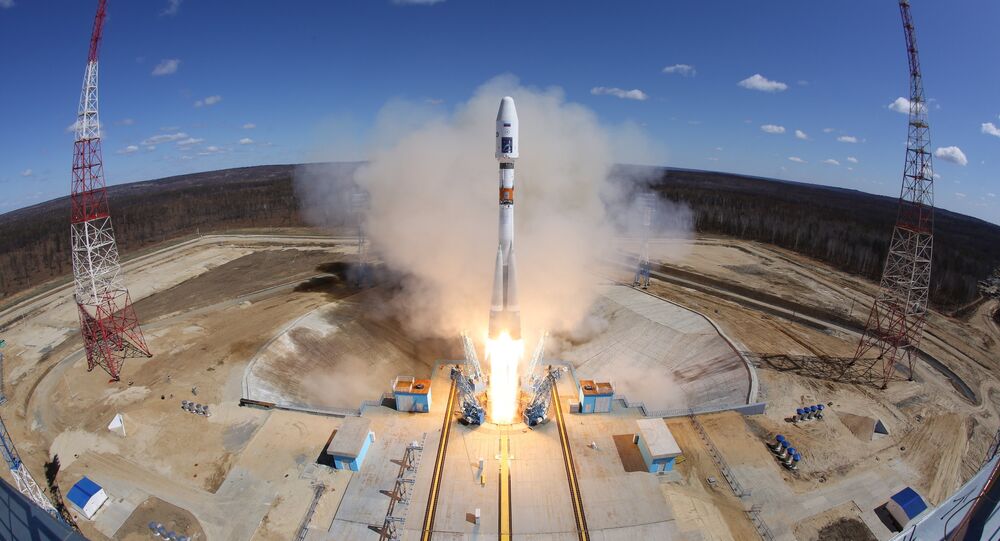 The spaceport in Kazakhstan is a unique space complex built by the Soviet Union, but its infrastructure is falling into disrepair now due to natural causes and aging equipment. Investment in the Vostochny spaceport is desperately needed, famous Russian cosmonaut Alexei Leonov said.

Alexei Leonov was the first human to perform a spacewalk outside a spacecraft, exiting the craft for over 12 minutes. The legendary Soviet cosmonaut turns 82 on May 30.

“Baikonur was once an advanced spaceport of the world, but now it has become physically obsolete. Yes, it still works, missiles are getting launched but to maintain its crumbling infrastructure every year it becomes more and more complicated and it requires an infusion of more and more money,” Leonov said in an interview with RIA Novosti.

© AP Photo / Alexander Zemlianichenko
'Man Has Gone Out Into Space': Seven Facts About Legendary Cosmonaut Alexey Leonov
“I have been to the Vostochny spaceport and I know that there is new and modern technology there. In addition, it is in the territory of our country. So, of course, that is the future, “Leonov added.

In accordance with the agreement between Kazakhstan and Russia, the rent of Baikonur is set till 2050 for 115 million dollars a year.

Talking about whether Leonov sees the first launch of Soyuz as successful, he said that it is something to be proud of.

“Those people who say that the rocket did not take off on the first attempt are deeply mistaken. Only non-experts could say such a thing.”

“There should be joy and pride that such a sensitive automatic start system has finally appeared on our Soyuz. Previously, we could not even dream of carrying out such detailed pre-launch operations. So the launch of this new spaceport is actually very good,” the astronaut concluded.

Alexei Leonov went to space twice. He was awarded two stars the Hero of the Soviet Union, the Order of Lenin and the Red Star. He is also an honorary citizen of thirty Russian and foreign cities.

Nowadays, the cosmonaut lives in Moscow. In 2014, Russian President Vladimir Putin awarded him with the Order "For Merit to the Fatherland."

Russia to Complete Construction of New Space Intelligence Center in 2017

Russia to Test Humanoid Robot at International Space Station in 2020