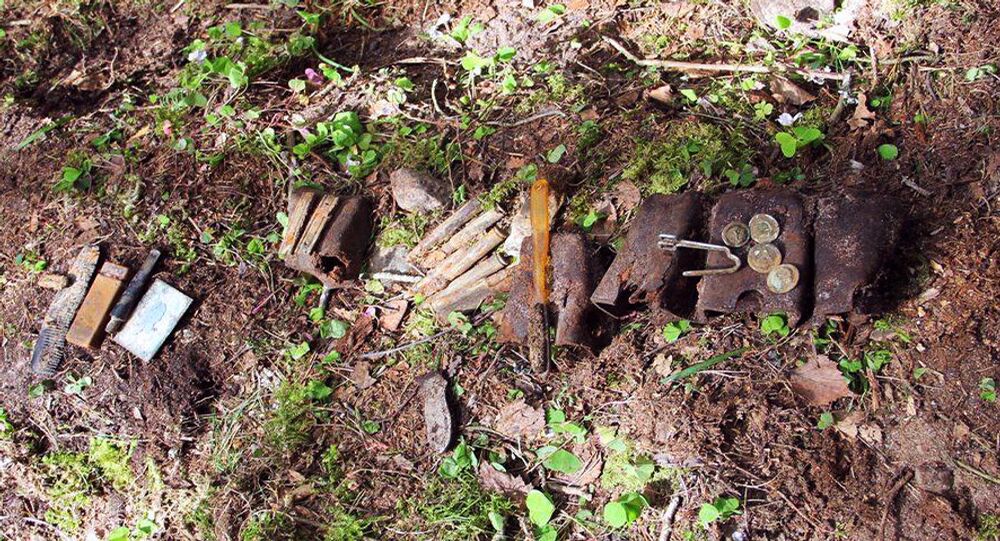 About 500 World War II-era German Oerlikon autocannon 20 mm shells have been found so far on Russia’s Bolshoi Tyuters island in Gulf of Finland.

The expedition is the fourth carried out by the RGS to the Gulf of Finland islands, and is sponsored by the Russian Defense Ministry and the Leningrad Region administration. Some 100 Russian servicemen and 20 units of military equipment are taking part in the expedition alongside volunteers and Rossiya Segodnya International Information Agency journalists.

"So far, 360 shells have been found. Also, there are crates. Each can contain about 120 shells," Sherbakov said.

Oerlikon cannons were highly dangerous for the Soviet air force during World War II, an RGS member explained, adding that the weapons could have been also used for ground targets, including tanks.

An international Russian-German expedition also arrived to the islands on Thursday, seeking to find the remains of fallen Soviet and German World War II soldiers, and exhume them before reburying on the mainland. Over 120 remains of German soldiers are currently on the islands, according to the German War Graves Commission.