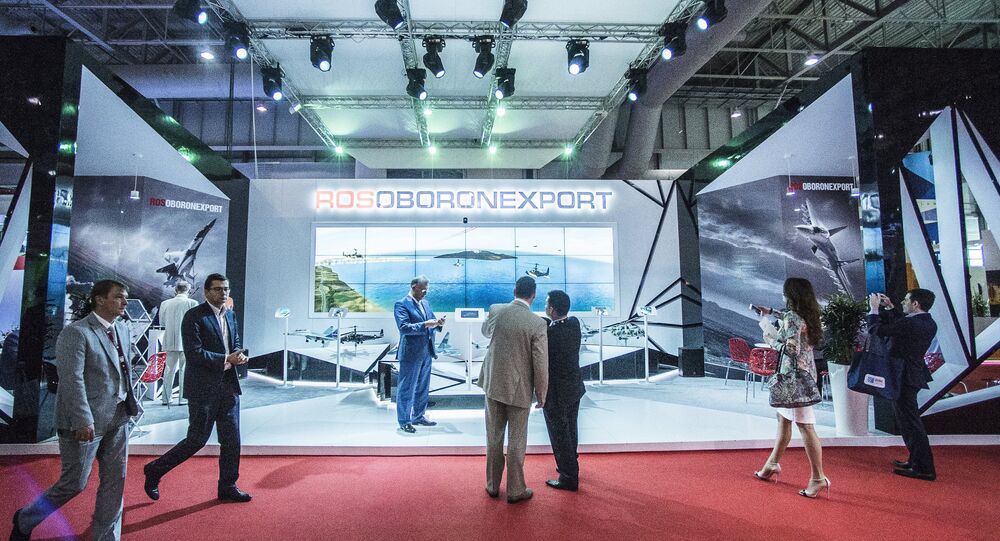 According to a source in the corporation, Russia’s state-owned arms exporter Rosoboronexport has not made a final decision on the extent of its participation in the United Kingdom's Farnborough International Airshow this year.

© Sputnik / Alexei Kudenko
Rosoboronexport to Counter States ‘Rebranding’ and Reselling Russian Arms
MOSCOW (Sputnik) – Russia’s state-owned arms exporter Rosoboronexport has not made a final decision on the extent of its participation in the United Kingdom's Farnborough International Airshow this year, a source in the corporation said Wednesday.

"This exhibition is part of Rosoboronexport's plans. However, given the obstacles that were faced during the last show, we have not made a final decision regarding the scope of our participation," the source told reporters.

Earlier on Wednesday, Russia’s space agency Roscosmos confirmed that the state corporation would not send a delegation to Farnborough, also due to the possible recurrence of obstacles caused by the UK authorities. The Russian state technology corporation Rostec reportedly may also pull out or limit its participation in the airshow.

In 2014, the UK authorities denied visas to some members of the Russian delegation and journalists who sought to take part in the Farnborough Airshow, indicating that the move was linked to Moscow’s stance on the Ukrainian crisis.

The United Kingdom introduced sanctions against Russia in early 2014, accusing Russia of meddling in the Ukrainian crisis. Russia has repeatedly denied the allegations.