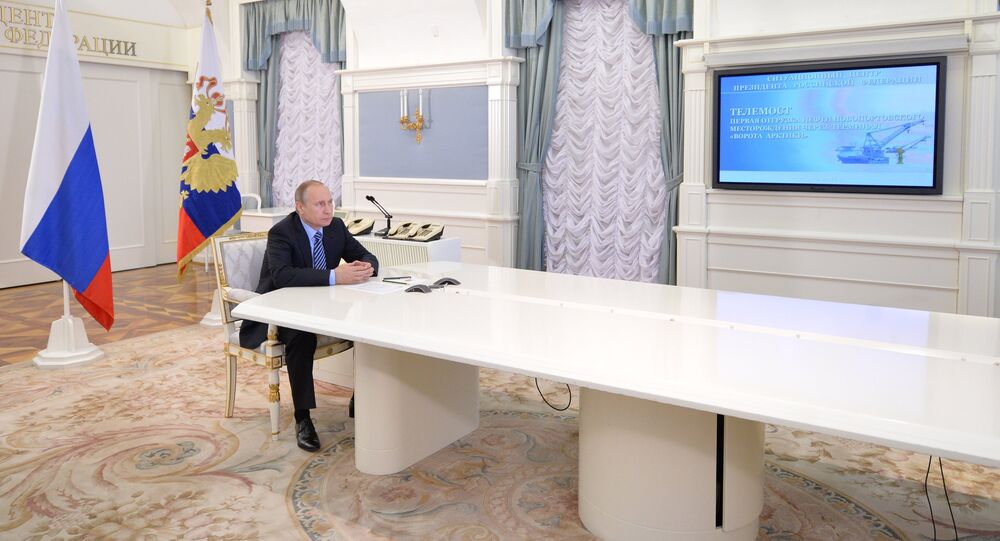 "You may begin loading," Putin said via a video link, as a tanker waited at the terminal.

"This is a new step in exploring Yamal, and, in essence, a new step in developing the Novoportovskoye field. This is a notable, a significant event, I mean that the project is one of the most capital-intensive in the Russian energy industry. Over the last three years, $186 billion has been allocated for completing the project, innovative technical solutions have been applied," the president said.

The Novoportovskoye field is a large oil and gas condensate field with recoverable reserves exceeding 250 million tons of oil and more than 320 billion cubic meters of natural gas. It was linked to the Vorota Arktiki terminal due to the absence of pipeline infrastructure in the area.

The terminal has a capacity for 8.5 million metric tons of oil. Designed to operate in temperatures as low as minus 50 degrees Celsius (minus 58 degrees Fahrenheit) and ice cover over two meters thick, Vorota Arktiki will load tankers, accompanied by ice breakers, traveling along the Northern Sea Route.

Russia Considers Expanding Its List of ‘Historic Waters’ in Arctic

Chilly Relations Aside, EU Still Wants to Boost Ties With Russia in Arctic