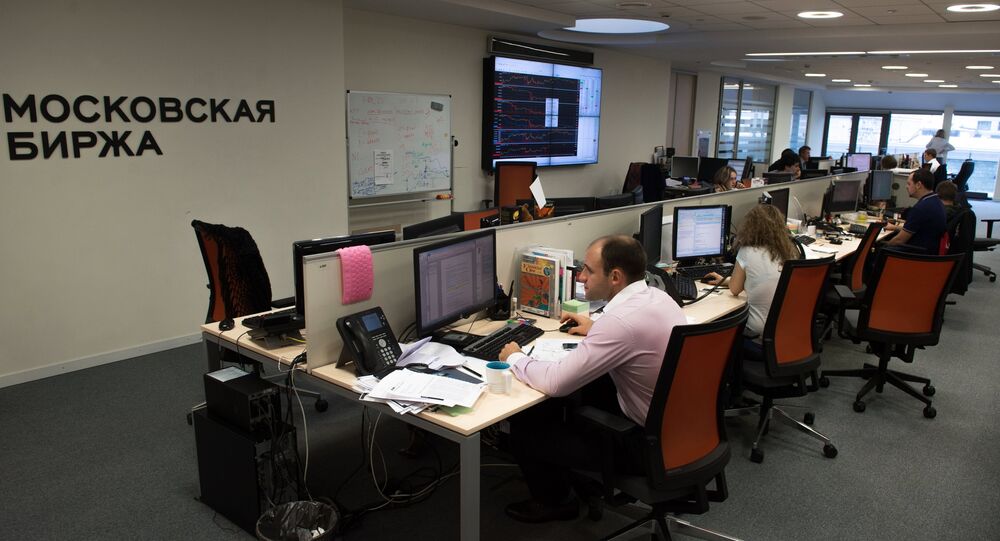 Eager Investors Hungry for More After Snapping Up $1.75bln in Russian Bonds

Russia's successful return to the bond market after three years is a testament to its attractive investment potential in spite of anti-Russian sanctions, financial analysts told the Russian business newspaper Vzglyad.

The bond sale was intended to test investor sentiment and attracted strong interest from foreign lenders; Russian Finance Minister Anton Siluanov told reporters on Tuesday that over 70 percent of the issue has been bought by foreign investors.

"Despite the attempts to stop the investors from buying Russian bonds, the volume and quality of bids were at a good level. We are satisfied with the placement," Siluanov said.

"We sold them to confirm our presence in the market, as a long hiatus is bad for an issuer, to feel out investor sentiment and to understand our overall possibilities," he said, adding that Russia may follow the initial sale with another $1.25 billion issue by the end of 2016.

© Sputnik / Maksim Bogodvid
Plan B: This is How Western Banks are Bypassing Anti-Russian Sanctions
A banking source told the Russian business newspaper Vzglyad that by Tuesday morning, demand for the Eurobonds had reached $6.3 billion dollars.

The sale was organized by the Russian investment bank VTB Capital, which prolonged the sale until 2pm Tuesday Moscow time in order to allow East Asian investors the opportunity to buy the bonds, of which there were 8,750 at a cost of $200,000 each.

"On the one hand Russian debt is more expensive at the moment than it could be, but on the other hand, Russian sovereign bonds have an advantage on the market. The yield on European sovereign bonds is two to three times less, but the risks are about the same," Anna Kokoreva from the brokerage firm Alpari told Vzglyad.

Managing director of Sberbank Investment Research Alexander Kudrin commented that the Finance Ministry is using the Moscow Exchange's National Settlement Depository (NRD) to transfer funds, rather than the traditional Euroclear and Clearstream systems.

"To everyone it appeared that (using NRD) was necessary in order to get around the technical difficulties that have occurred since regulators in the EU and US 'recommended' that banks there not take part in the sale," he commented.

While the bond issue was also popular among investors in Russia with foreign currency reserves, Kudrin said that the foreign investment base is set to increase further, since "sooner or later, these bonds will start to be traded via Euroclear and Clearstream," giving them a secondary international market.

Demand for Russian Eurobonds Hits $6Bln Amid First Auction Since 2013