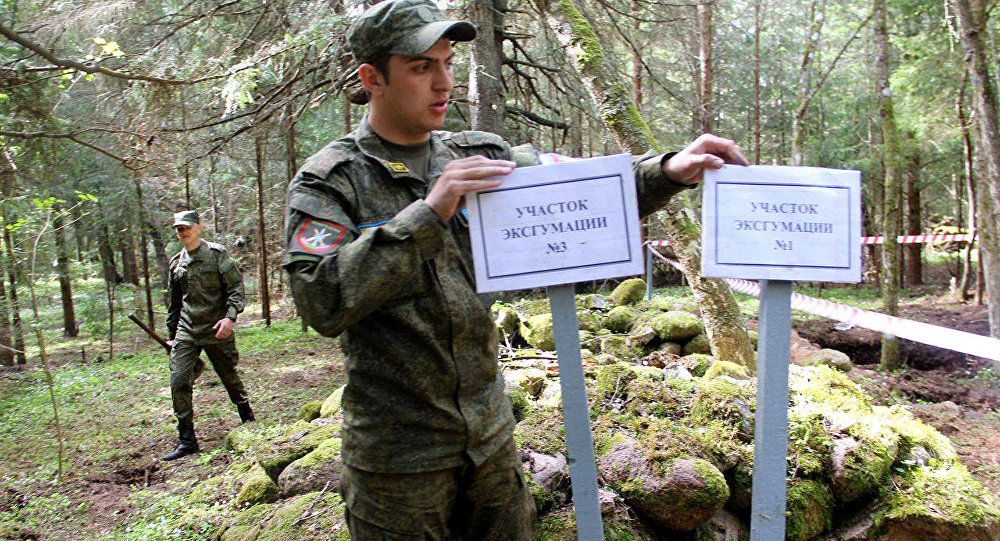 A detachment of Russian soldiers and sappers has left Russia's Bolshoi Tyuters island in the Gulf of Finland for the nearby Gogland island to assist the German War Graves Commission (VDK) in the search for the remains of fallen German and Soviet soldiers, Maj. Gen. Valery Kudinsky told Sputnik on Tuesday.

© Sputnik / Said Tsarnaev
Russian Eastern Military District Sappers to Inspect 30 Polygons
BOLSHOI TYUTERS (Sputnik), Alexander Mosesov – The international Russian-German expedition started work on Bolshoi Tyuters on Thursday, aiming to find the remains of fallen German and Soviet World War II soldiers on several islands in the Gulf of Finland in order to rebury them on the mainland. The VDK found the remains of 30 soldiers on Bolshoi Tyuters.

"We are leaving [for Gogland] today. Our goals are the same as the ones on Bolshoi Tyuters, Searching for fallen Soviet soldiers and, in case we find explosive objects, our sappers are with us," Kudinsky said.

The expedition is the fourth carried out by the RGS to the Gulf of Finland islands, and is sponsored by the Russian Defense Ministry and the Leningrad Region administration. Some 100 Russian servicemen and 20 units of military equipment are taking part in the expedition.