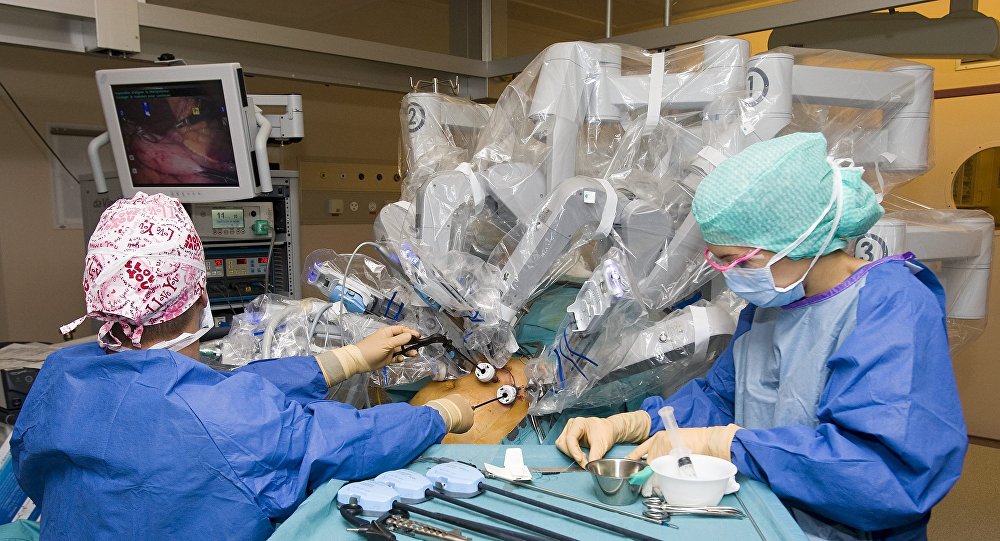 The first demonstration operation by the Da Vinci robot system has been performed in Moscow on Monday during live broadcast. It will give Russia a chance to become a world leader in the field of robotic surgery, Russia’s chief urologist Dmitry Pushkar told RIA Novosti.

“We decided to perform the operation at 2 pm to make sure that doctors in the Americas, Japan and elsewhere in East Asia had a chance to watch it live,” Pushkar said.

During the operation Russia’s chief urologist is set to show how to control the work done by the Da Vinci surgical robot.

Dmitry Pushkar said that dozens of such operations had successfully been performed at the State Clinical Hospital №50 he works at.

© Photo : https://www.youtube.com/daVinciSurgery
Maximum Precision: Surgeon Robot Stiches Grape
After the operation Dr. Pushkar will speak about the progress of an ongoing effort to create a Russian analogue of the Da Vinci robotic surgeon and about the present-day state of robotic surgery in Russia and the rest of the world.

By using a minimally invasive approach, it genuinely facilitates complex surgery, especially in cardiology and gynecology. More than 350,000 surgeries using the Da Vinci robot are conducted worldwide every year.