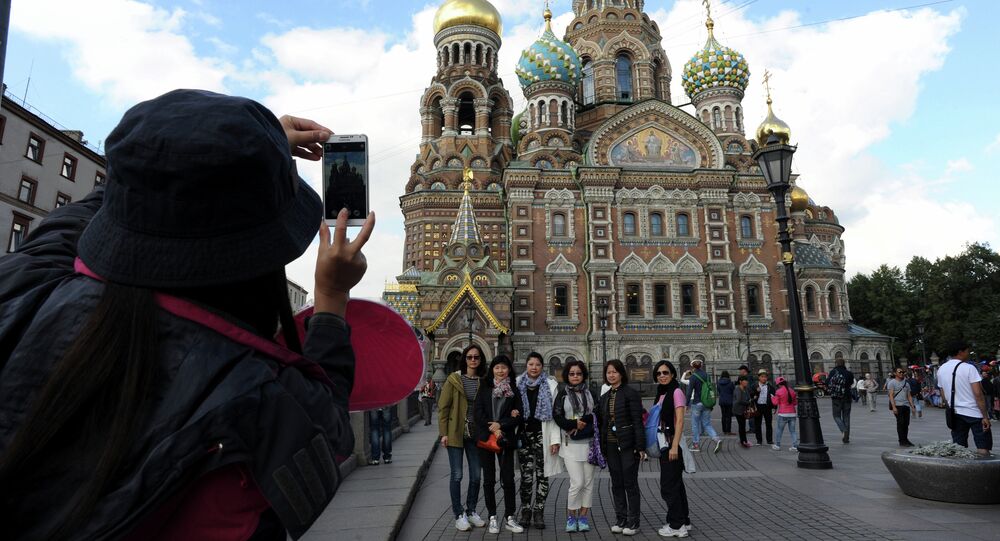 The number of Chinese tourists who traveled to Russia with organized groups has increased by 47 percent in the first four months of 2016, deputy head of Russia's state tourism agency Sergey Korneyev said Friday.

"Last year, we were afraid that, probably, we have already reached the maximum. But now we see that the Chinese organized tourism to Russia by simplified visas has increased by 47 percent in the first quarter of the year," he told reporters at the Beijing International Tourism Expo.

© AFP 2021 / OLGA MALTSEVA
Red Tourism: Chinese Tourists Spend Over $1 Billion in Russia
Korneyev noted that Russia would introduce new tourist routs to attract visitors from China, for instance, the tours to the Russian region of the Arctic would be launched. Russia will also continue to conduct the most intensive marketing policy in China.

On Friday, the Beijing International Tourism Expo was opened in the Chinese capital and the first Russian road-show was held there. Korneyev stressed that there would be more presentations on Russia's tourism industry held across China in 2016.