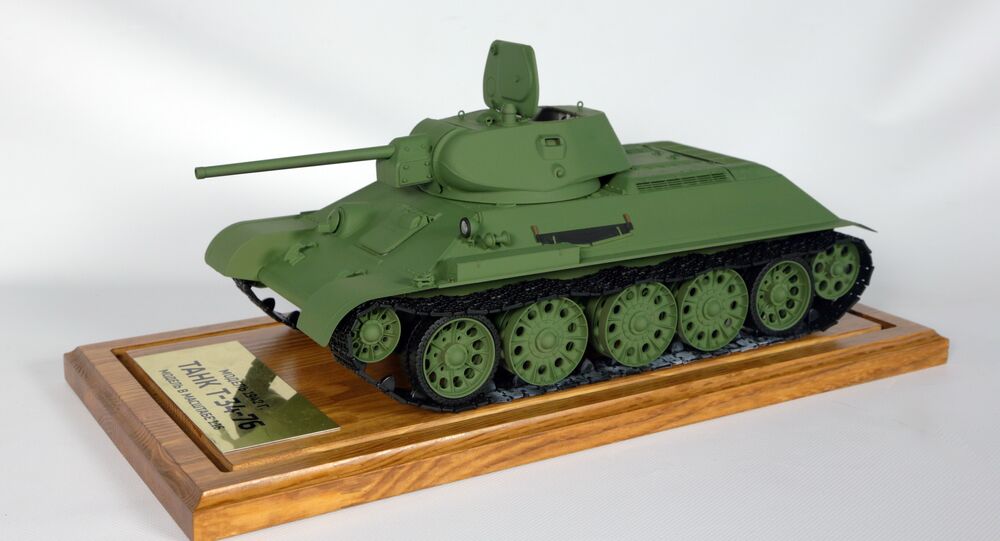 The Russian corporation Uralvagonzavod has started the online sale of miniature copies of world-famous Soviet- and Russian-made tanks, according to the company's website.

The online store features 19 hand-made models of armored vehicles which were previously produced by the various companies which were consolidated under the Uralvagonzavod umbrella.

"For those who prefer modern tanks and armored vehicles we offer the T-90S, the BMPT tank support combat vehicle and, of course, the newest T-14 Armata tank," the website said.

Also available are models of the Msta-S self-propelled howitzer, the TOS-1A Buratino heavy flamethrower system and many others, according to Uralvagonzavod.

© Sputnik / Pavel Lisitcin
The T-72 tank
© Sputnik / Eugene Biyatov
Tanks A Lot: Russia's Advanced Armata T-14 'Already in Serial Production'
Apart from the online store, the tank models can be bought in the retail outlets of UVZSHOP.ru, located in the Russian cities of Yekaterinburg, Chelyabinsk and Nizhny Tagil.

The Russian corporation Uralvagonzavod is considered one of the world's largest tank makers. It is engaged in the development and production of military equipment such as the T-90 and the T-14 Armata tanks.