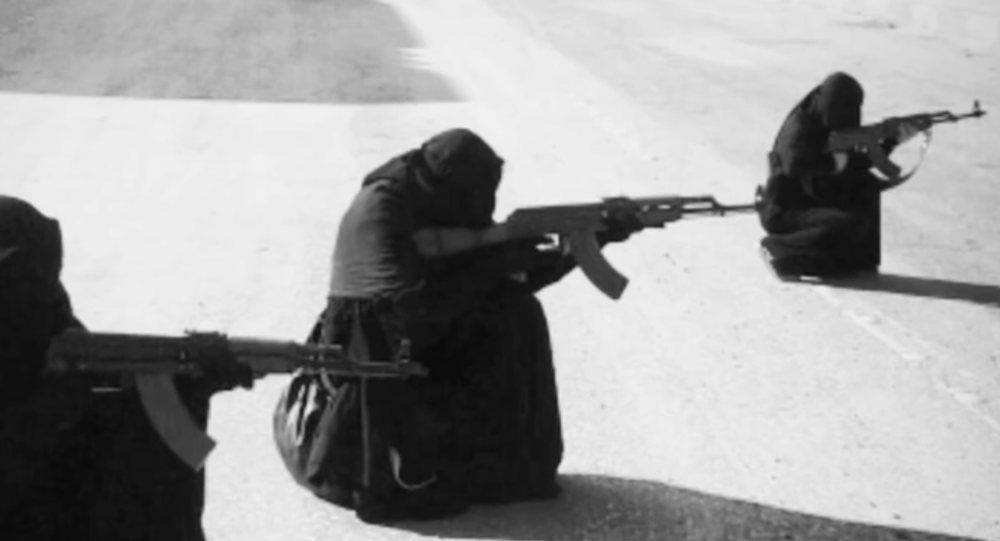 Four young women affiliated with illegal armed groups in Syria were preparing a terror attack in Russia's southern city of Rostov-on-Don, the head of the Russian Interior Ministry General Administration for the Rostov Region's center for combating extremism said.

ROSTOV-ON-DON (Sputnik) — Metzger said that since the beginning of 2015, 34 crimes of extremist and terrorist nature had so far been recorder in Russia's Rostov Region.

"In January 2016, police officers, together with the FSB [Federal Security Service] prevented a terrorist attack by a group of four girls, so-called newly converted Muslims, two of whom previously resided in south-eastern areas of the region. All of the girls were less than 25 years old," Artur Metzger said at a public meeting on Friday.

He added that the girls had been brought up in disadvantaged families, and after leaving school were unable to adapt to life in the city, falling under the influence of radicals and becoming a mobilization reserve of illegal armed groups.

© REUTERS / Ali Hashisho
Dirty Games: Secret Docs Reveal Turkey Turns Blind Eye to Daesh Activities
In late January, Evgeny Ilin, the first deputy head of the Russian National Anti-Terror Committee, said that the Special Services were receiving signals about attempts being made to send terrorists to Russia from other countries.

The Daesh radical Sunni group active in Syria, as well Iraq and other regional states, is known for its successful online propaganda and social media recruitment, which primarily target young people from around the world. The group is banned in a number of countries, including Russia.

Belgium Needs Deradicalization at Home Along With Anti-Daesh Strategy

US-Led Coalition Carries Out 21 Airstrikes Against Daesh in Syria, Iraq

Belgium Decides to Participate in Airstrikes Against Daesh in Syria

US Provides Tunisia With Hardware to Counter Daesh in Northern Africa