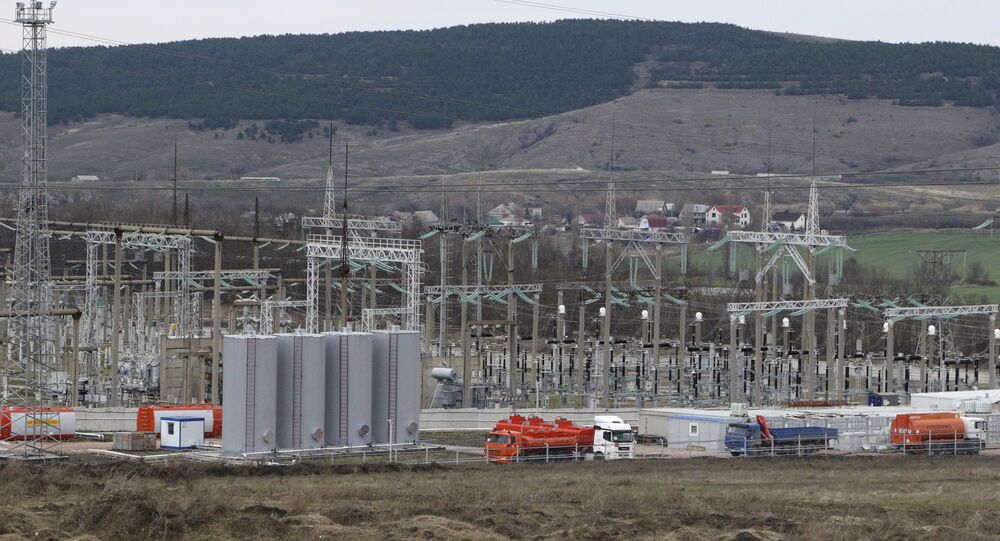 Russia Can ‘Break Any Blockade’ After Fixing Crimea Energy Problem

After successfully fixing Crimean Peninsula energy crisis Russia will be able to break out of any blockade, President Vladimir Putin said.

SOCHI (Sputnik) — Russia can break out of any blockade after successfully restoring electricity flow to the Crimean Peninsula, President Vladimir Putin said during a video linkup with the region.

"I congratulate you on successfully completing the construction of the energy bridge that connected the Crimean Peninsula with mainland Russia… Crimea’s energy blockade was overcome in a rather short period of time, and I’ve no doubt that we will be able to break any blockade if needed," Putin said.

Putin was speaking at an official launch ceremony for the fourth power line from his summer residence in Sochi in the southern Krasnodar region, just across the Kerch Strait from Crimea.

Electricity supply to Crimea through Ukraine was severed on the night of November 22 when radicals in southern Ukraine blew up pylons that supported power lines, plunging the region with a population of roughly 2 million into darkness. The first two power lines from Russia’s Krasnodar Kerch were completed in December, followed by a third one in April.