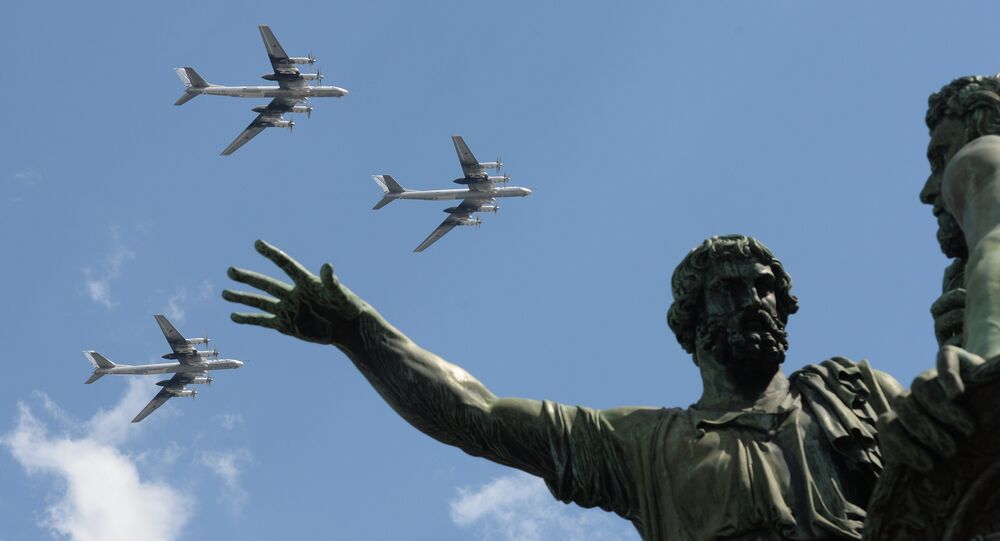 RT became the first TV channel to offer 360-degree air- and ground-based videos of the May 9 Moscow Victory Day parade as part of its special coverage of the 71st anniversary of the allies' victory in World War II.

The special VR format allows viewers a chance to get a first-hand experience of the job of a military pilot or the commander of an artillery vehicle.

On the morning of May 9, an RT operator was inside the Msta-S, a self-propelled howitzer, where he videotaped the military unit's journey down Moscow's Tverskaya Street.

One of the most modern armored vehicles, the Koalitsiya-SV, which was developed at the Nizhny Novgorod-based Research Institute Burevestnik, was presented on Russia's famous Red Square during the military parade.

A total of 71 helicopters and planes flew over Red Square during the parade, a number that coincided with the 71st anniversary of Nazi Germany's defeat in the Second World War. This video shows the flyover of the Su-27 fighter jet piloted by Lieutenant Colonel Oleg Yerofeyev.

The parade culminated with six Su-25 frontline bombers spreading smoke in the colors of the national flag of Russia.

On May 7, a dress rehearsal of the parade was held on Red Square, with RT launching a live 360-degree broadcast of the event.

This video shows the night rehearsal of the parade, as seen from the cabin of a Tiger-M Russian armored vehicle.

Another video presented by RT shows a parade rehearsal which enables a viewer to see how a pilot of the Su-27 fourth generation fighter feels during an aerobatic performance of the Russkiye Vityazi group.

Preparations for the Moscow Victory Day Parade began three months ago, with the best servicemen collected from all across Russia and trained at the Alabino shooting range near Moscow. This video was shot from the cabin of a T-90 Russian battle tank during the training process in Alabino.
...
Reddit
Google+
Blogger
Pinterest
StumbleUpon
Telegram
WhatsApp
354
Topic:
2016 WWII Victory Day Celebrations (50)