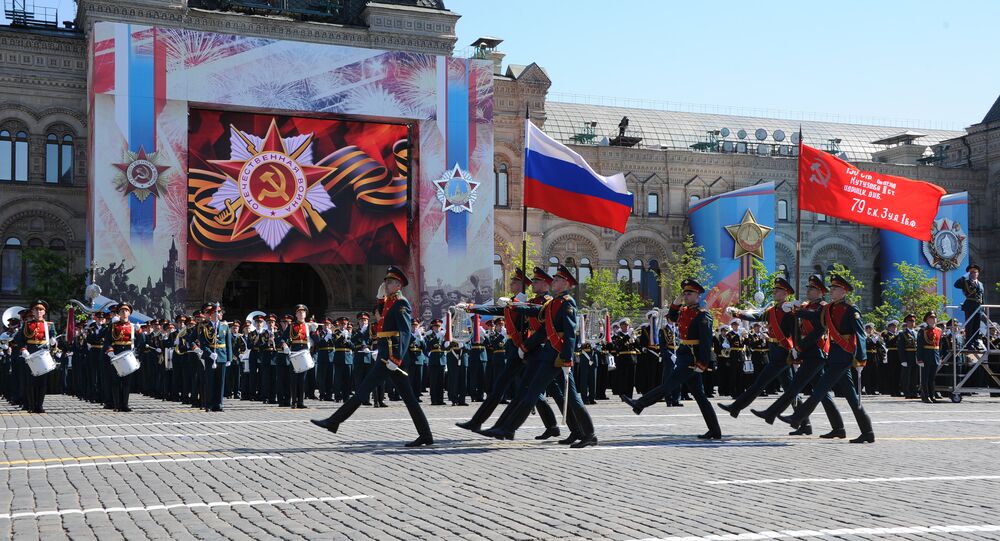 A military parade marking 71 years since the Nazi Germany's defeat began in Moscow on Monday.

MOSCOW (Sputnik) — A military parade marking 71 years since the end of World War II began in Moscow on Monday with the introduction of the Russian flag and banners that were carried into Red Square.

© Sputnik / Alexander Vilf
Parade Marking 71st Anniversary of WWII Victory in Moscow (VIDEO)
Three banner-bearer groups escorted by Russian Honor Guards marched through the central square carrying the Russian national flag, a copy of the Victory Banner that was hoisted over Berlin’s Reichstag in 1945, and the banner of the Russian Armed Forces.

The number of military personnel taking part in the 2016 parade was scaled down from last year’s jubilee event 16,000 to slightly over 10,000.