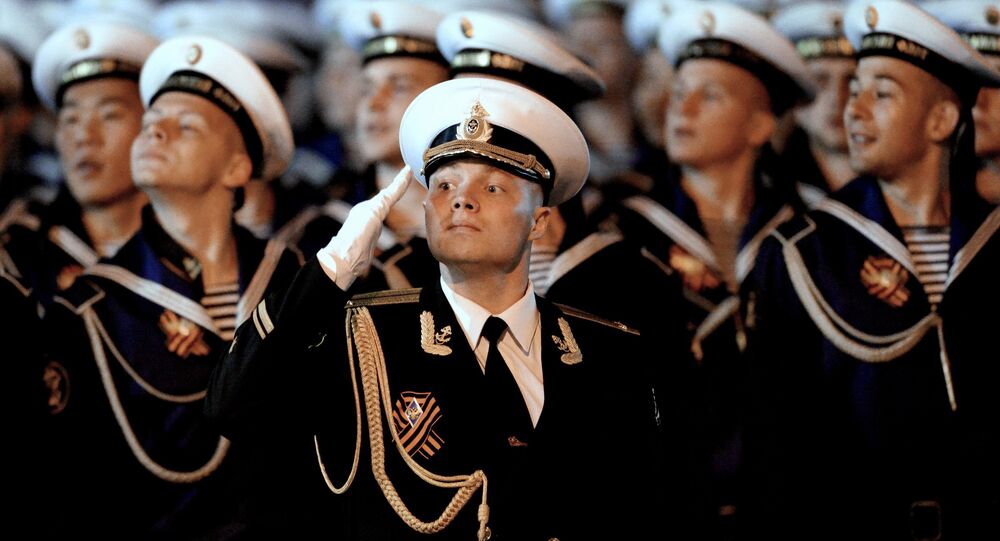 Victory Day parades were held across the biggest cities in the Russian Far East.

VLADIVOSTOK (Sputnik) – Victory Day parades were held across the biggest cities in the Russian Far East, while "Immortal Regiment" marches took place in Khabarovsk, Vladivostok and Yuzhno-Sakhalinsk on Monday.

Up to 7,000 troops marched in the Far East and Zabaikalsky Territory parades.

© Sputnik / Vladimir Fedorenko
Sakhalin Region Kicks Off First ‘Immortal Regiment’ March in Russia
In Khabarovsk, over 1,600 troops took part in the parade, 100 of them soldiers of the Kamchatka Marine Regiment. Over 90 pieces of military hardware, including the legendary T-34 tank and the Katyusha multiple rocket launchers, joined the servicemen.

Residents of Petropavlovsk-Kamchatskiy saw for the first time the S-400 Triumf and the Pantsir-S missile systems, as well as the Rubezh and Redut coastal missile systems.

Nearly 30,000 people gathered for the Immortal Regiment march immediately after the parade in Vladivostok.

Around 6,000 people marched in the procession in Khabarovsk, while a total of 130 towns and cities across the Far East joined the commemorative event. Of these, Amur Region expects over 8,000 participants, while Yuzhno-Sakhalinsk became the first city in Russia to kick off the Immortal Regiment march.

At least 1,000 will march in Petropavlovsk-Kamchatskiy.

May 9 is widely celebrated as Victory Day over Nazi Germany in World War II in Russia and the former Soviet republics.