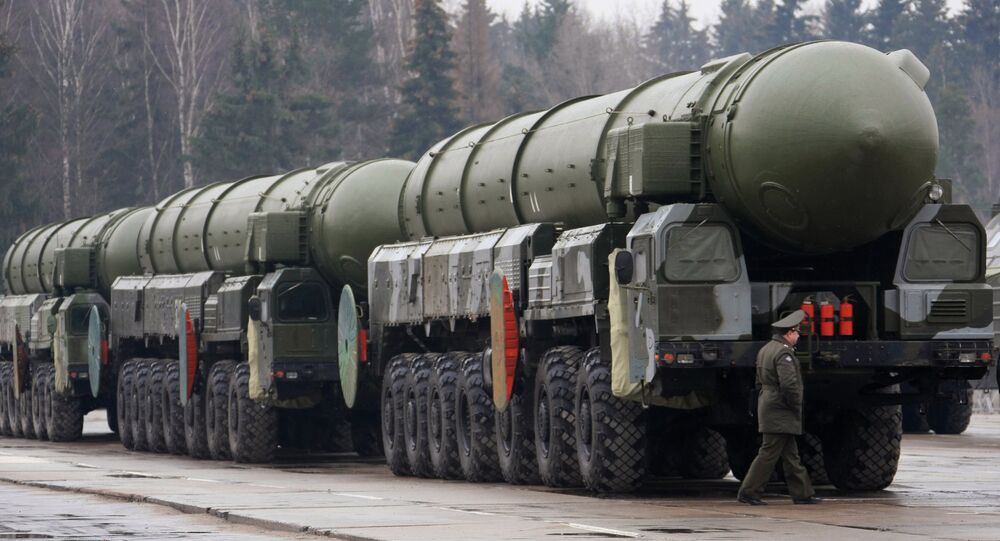 Over 13,000 Russian troops will march as part of Strategic Missile Forces columns in Victory Day parades across the country.

Host photo agency
Power and Steel: Russia's Latest Tanks, APCs, and Howitzers to Roll Through Red Square on Victory Day
MOSCOW (Sputnik) – Over 13,000 Russian troops will march as part of Strategic Missile Forces columns across the country to mark the 71st anniversary of Victory Day in World War II, the Russian Defense Ministry said in a statement Monday.

More than 250 pieces of military hardware and over 13,000 troops are expected to join the Strategic Missile Forces in the parades, it adds.

A solemn ceremony marking the lighting of an eternal flame is expected at the fallen soldiers’ memorial at the 28th Guards Rocket Division in Kozelsk, Kaluga Region.