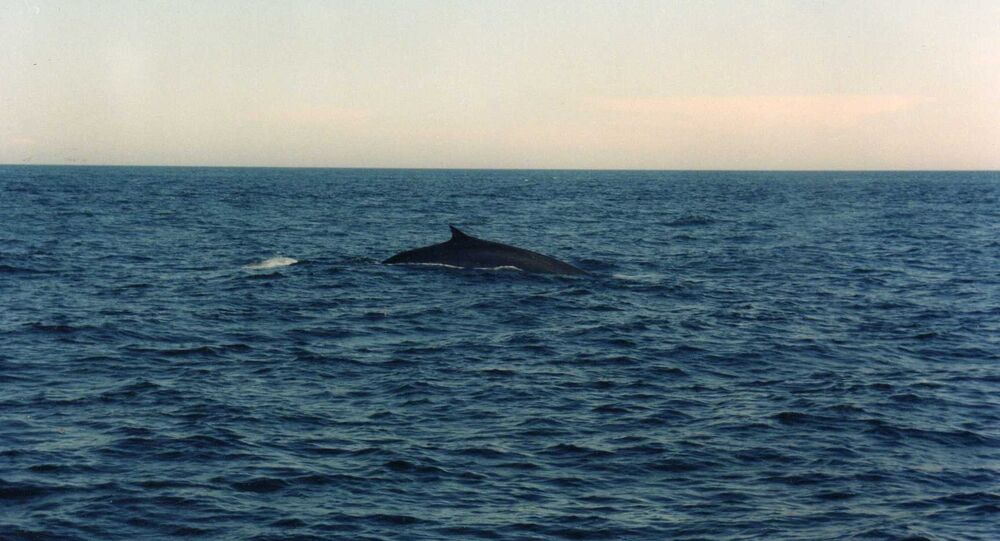 A finback whale calf was cast ashore near the city of Bolshoy Kamen in the Primorye region in Russia’s far east. Some of the residents reportedly started carving the animal, saying it was already dead when they found it; however, others claim it was still alive and could have been saved.

The Friday incident triggered controversy in the social media after some users claimed the whale was still alive and there was a chance to save it using boats to drag it to the water. They sharply condemned those who decided to cut the animal into pieces.

Others argued that the whale couldn't be saved and that its meat and fat would be wasted if it wasn't eaten.

"When I found the whale, it was already dead," one of the witnesses told newsbox24.tv website. "It was lying on the shore, and it's still there. I think it was washed ashore in a storm. I don't know what it died from."

Locals photographed the sea creature and posted the images on Instagram. Based on the images, specialists determined that the calf was an endangered finback whale.

© Photo : Youtube/ Alaska Strike Zone Sportfishing
Stunning Whale Emerges Out of the Blue and Shows Bubblenet Technique
It is not the first time a finback whale has died in Russia. In December 2000, another finback whale got tangled in fishing nets in the Peter the Great Gulf as it was chasing herring and died.

Scientists say that there are only a total of 1,500 finback whales left. Whale's meat is considered a delicacy in different parts of the world.