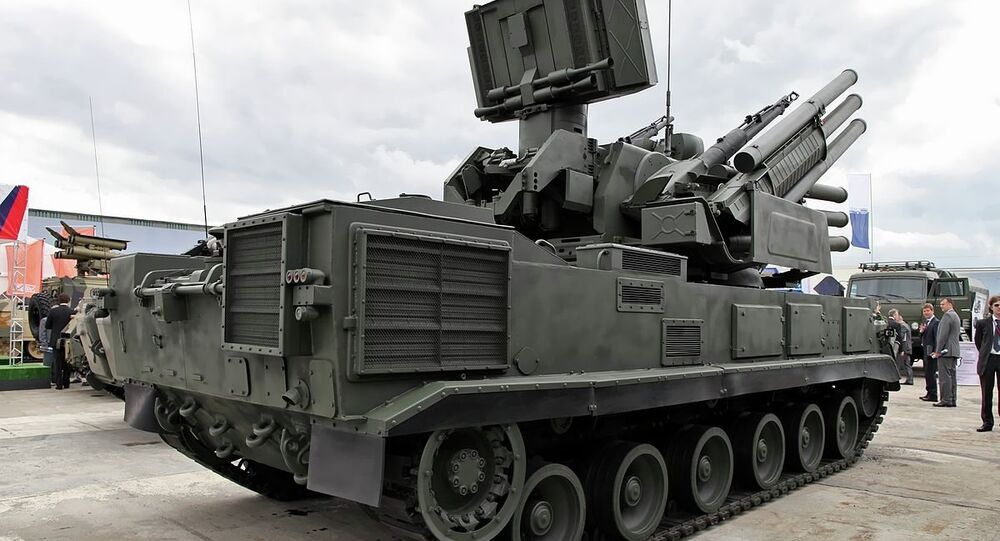 Russia is developing a new air-droppable missile defense system, which is designed to be para-dropped to ground forces and protect paratroopers from enemy aircraft operating at high or medium altitudes, Zvezda TV reported.

At the heart of the new complex system is the Pantsir-S2 anti-aircraft gun/surface-to-air missile system which can engage targets at altitudes from 15 meters to 15 kilometers at a distance of up to 20km.

The Pantsir-S2’s missiles intercept airborne objects traveling at speeds of up to 3,600 km/h meaning it is capable of downing any aircraft, cruise missile or drone.

The complex also effectively engages “smart” air bombs, and was specifically designed to take down assault helicopters using its two independently-operated 30mm cannons. Its radar can spot targets at a distance of up to 36km.

The Sosna can be used day and night and in adverse weather conditions owing to the application of a highly sensitivive thermal image channel that is not influenced affected by or smoke.

The addition of the Ptitselov will greatly increase the capabilities of Russia’s airborne forces, which have previously relied on close-range Igla and Verba MANPAD systems to defend themselves against aerial attacks.