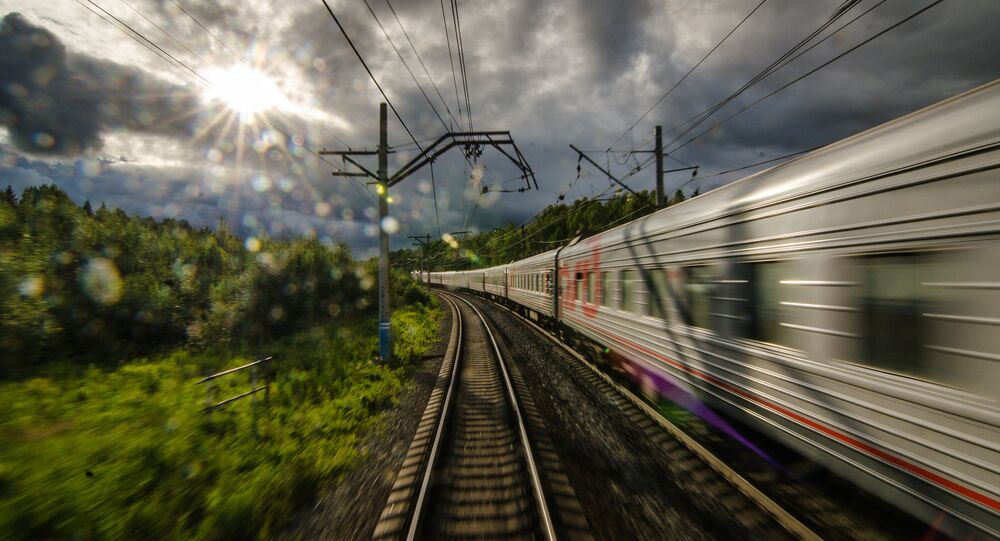 The biggest country on the map, it is also home to world’s longest railway and largest McDonald’s – Sputnik has compiled the most interesting facts and observations about Russia.

The Largest Country on the Map

Russia is the largest country in the world by area. Its total area is 17,098,242 square kilometers and it covers more than a ninth of the Earth’s land area. Russia is 1.8 times larger than the United States.

The Trans-Siberian Railway spans almost all the way across the county, making it the single longest railway in the world. The 9,289 kilometer (or 5,772 mile) railway begins in Moscow (located in European Russia) and crosses all the way into Asia.

It then makes its way to the Pacific Ocean port of Vladivostok where it reaches the end of its incredible journey. The entire journey non-stop will take you 152 hours and 27 minutes to complete.

The network has been working since 1916 and is still being expanded. There are connecting branch lines into Mongolia, China and North Korea.

More Forest Than Anyone Else

Russia is not only the largest country in the world, but also the country with the largest forest area.

The forest area of Russia alone is the size of the entire continent of Australia!

Home to the World’s Deepest Lake

Lake Baikal in the mountainous Russian region of Siberia, is the world's oldest (25 million years) and deepest lake.

The Largest McDonald’s in the World

If you’re a fan of the famous golden arches, Russia is the place to go. The country is home to the largest McDonalds restaurant in the world, with 700 seats. A larger building, seating 1,500, was constructed for the 2012 Olympics in London, England but it was a temporary location and was dissembled six weeks after the doors opened (once the Olympics had come to an end).

At dawn on 31 January 1990 more than 5,000 joined the line for its opening. Over the course of the day, the Moscow McDonald's set a world record by serving more than 30 thousand visitors. People stood in line for over 6 hours, willing to get a taste of this "novel" food.

According to a study conducted by the International Energy Agency (IEA), in 2015 Russia topped the list of the world’s largest oil producing countries. These numbers, however, change each year.

Even though Russia faced its biggest financial crisis in over a decade, it still is at the number 1 spot in the list of top 10 biggest oil producing countries in the world, followed by Saudi Arabia and US.

Russia is the world’s third largest home to Natural Sites put on UNESCO World Heritage Sites list considered to be of outstanding value to humanity.

Despite Asia’s rise, in 2015 Moscow kept second place as it remained the hot spot in Russia, with the majority of the country’s 82 billionaires residing in the capital.

It is believed Russia has at least 15 secret cities with their names, and locations unknown.

There are approximately 10 million more women in Russia than there are men.

The imbalance was initially believed to the result of so many men dying during World War II.

Crimea is Russian: Atlas Maker Larousse Brings Its Maps Up to Date