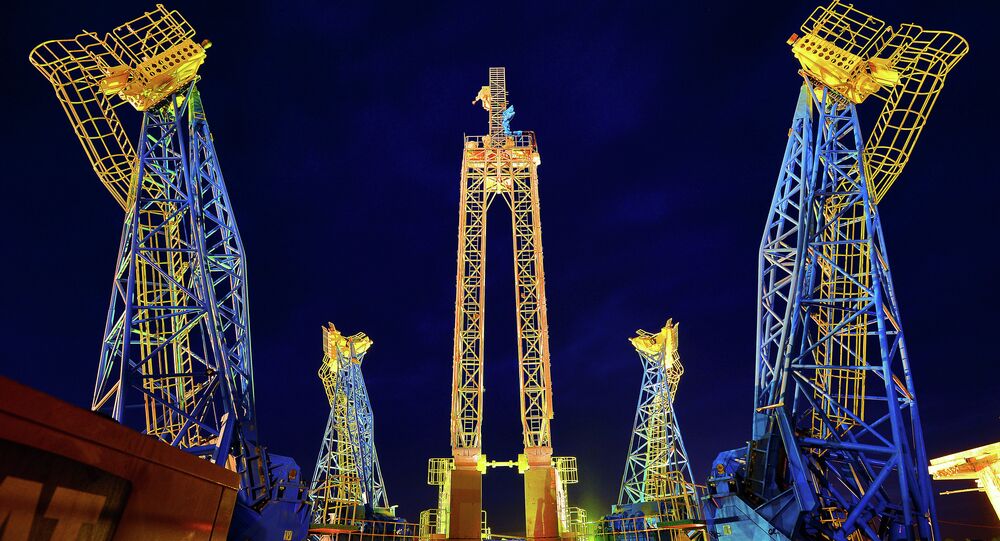 Following Thursday’s launch of a Soyuz spacecraft with three satellites on board, Russia’s all-new Vostochny spaceport in the Far East will stay idle for a year pending the completion of the second stage of construction, Lenta.ru wrote.

© Sputnik / Marina Lisceva TASS/ Pool
'Window to Asia': With Vostochny Cosmodrome Russia Goes East
Despite the successful launch on Thursday a great deal of work is yet to be done to make Vostochny suitable to launch manned missions to space.

Including the construction of a nearby town of Tsiolkovsky to accommodate the cosmodrome personnel and those working at related facilities.

This means that while pitching the new spaceport to potential clients, Russia will still be paying Kazakhstan for the use of the veteran Baikonur space launch center.

The first manned flight from Vostochny is slated for 2023, when the Federatsiya space shuttle is placed in orbit by an Angara-A5V heavy-lift rocket, which is at the heart of Russia’s lunar program.

A second launch of a Soyuz-2.1a carrier will orbit a pair of Kanopus-V designed for real-time monitoring of natural and man-made disasters and other emergency situations. At least five launches are expected to take place in 2018 from Vostochny, and this number will eventually be brought up to eight.

Besides Vostochny, Russia is also home to the Plesetsk cosmodrome in the far north, which is used for satellite launches and missile testing.

Several years from now Vostochny will be able to launch all types of Angara and Soyuz spacecraft while Plesetsk will deal exclusively with military launches.

Topping the list of Vostochny’s main rivals abroad are the Vandenberg airbase in California and Kennedy Space Center in Florida. Both of them lie closer to the equator and handle most of America’s civilian and military space launches, including by SpaceX’ Falcon 9 rockets.

The Guiana Space Center, a French and European spaceport near Kourou in French Guiana, operational since 1968, is particularly suitable as a location for a spaceport as it lies just 500 kilometers north of the equator and has open sea to the east, so that lower stages of rockets and debris from launch failures cannot fall on human habitation.

India and Japan have two spaceports each and China has four. Even though all of them are way closer to the equator than Vostochny,  the carrier rockets now used by these three countries are no match for Russia’s. The Indian ones lack the heavy-lift capability of the Soyuz and Angara rockets,

The Japanese launches are too expensive and the EU and the US have rolled back their space cooperation with China.

Meanwhile, NASA plans to unfreeze its cooperation with Beijing and Japan – to make its launches cheaper ghy by 2020 and gain up to 10 percent of the commercial launch market.

India’s launches remain the cheapest and their spaceports are the closest to the equator.

All Satellites Launched From Vostochny With Soyuz Rocket Put Into Orbit