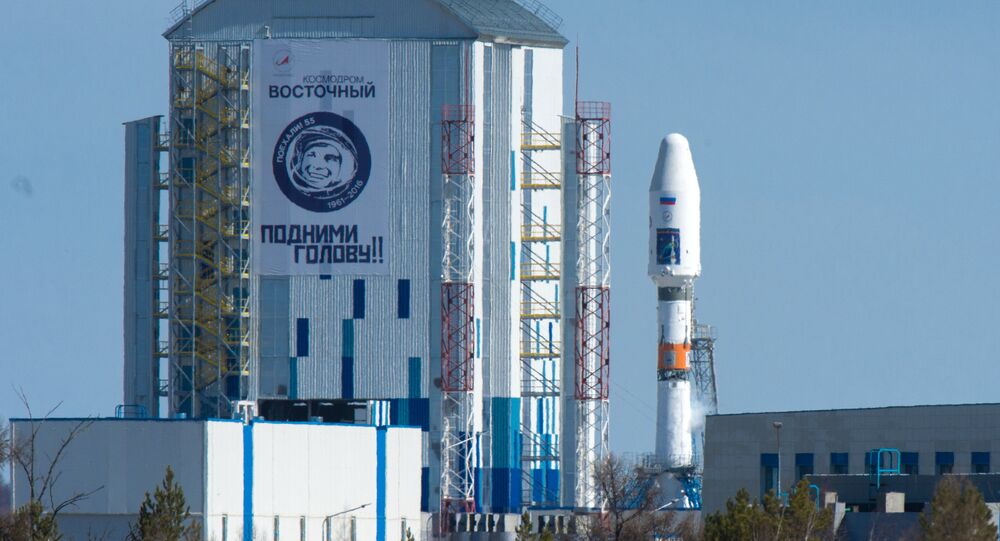 The postponement of a maiden space launch from the newly-built Vostochny Cosmodrome in Russia’s Far East was due to the failure of the automatic control system, which may be fixed in a day, Russia's Federal Space Agency Roscosmos head Igor Komarov said Wednesday.

COSMODROME VOSTOCHNY (Russia’s Far East), (Sputnik) — According to Roscosmos, the postponement of the first launch was not connected to the spaceport’s infrastructure and was not caused by the human factor.

"An automatic stop of the launch occurred after the supercharge command due to malfunction of the automated control system. The orbit for the launch was sun-synchronous, thus the postponement for 24 hours is planned <…> I think there is every reason to believe that it can be fixed in one day."

The telemetry, as well as the Soyuz-2.1a rocket and three satellites are operating normally, according to the space agency.

Russian President Vladimir Putin visited the newly-built Vostochny Cosmodrome in Russia's Far East and made the decision to stay in the area until the prospect of the maiden space launch being carried out on April 28 is clarified, Kremlin spokesman Dmitry Peskov said Wednesday.