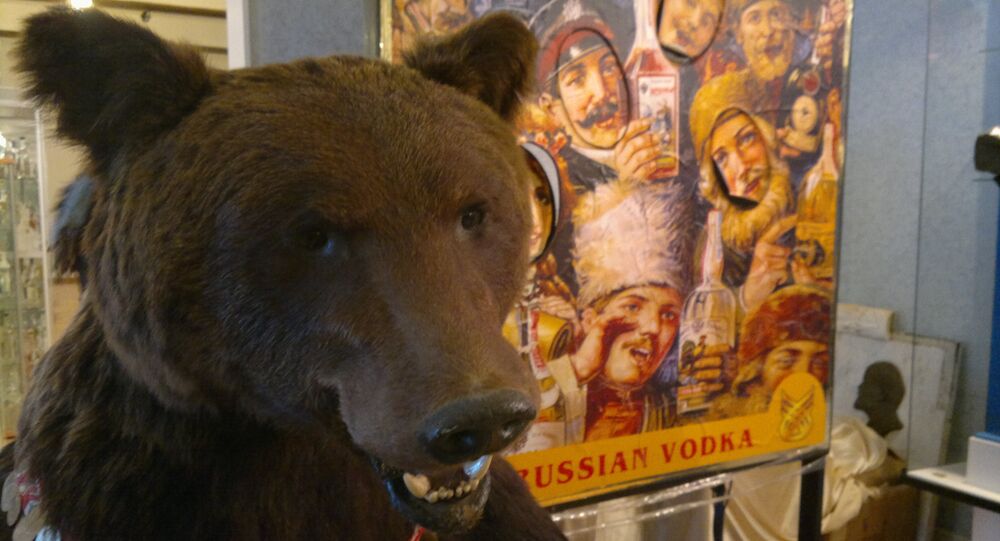 In preparation for a Cold-War-stoking bi-monthly edition of Foreign Affairs magazine, the council, opting for a lowest-common-denominator reflection of their editorial bias, represents one of the world’s most diverse societies with annoyingly bigoted cultural tropes, including vodka, bears, and unusual string instruments.

Last Wednesday, a leading publication for America’s neo-conservative war hawks, Foreign Affairs magazine, posted a video on their Facebook page to promote this week’s issue titled: "Putin’s Russia: Down But Not Out," featuring the musings of aging Cold-War-era policy analysts affiliated with the country’s top defense contractors.

​The bi-monthly publication is issued by a nonprofit 4,900-member think tank, the Council on Foreign Relations. The council has often been tied to allegations that the organization aims to establish their own elitist government and that its membership includes the “deep state” of American oligarchs who actually drive the country’s foreign policy.

The group did little to dispel these conspiracy theories, in posting an awkward and over-the-top anti-Russia propaganda video edited to dehumanize and caricaturize the country in a fashion not seen since the late ‘80s. Facebook users expressed disgust at the Russia-phobic depiction:

Video producer Sarah Foster will likely be looking for another job after users get a taste of the vodka-glass-themed video, accompanied by an old-time folk string instrument apparently aiming to be reminiscent of the theme song of a hit cable-tv series, "The Americans," which itself portrays a stylized, fantastical impression of Russian spies.

The video colorfully declares that Russia is a "basket case," an "imperfect democracy," and a "wounded bear," according to unnamed "experts."

The online advertisement finishes with a lot of vodka and a spinning vodka glass, perhaps depicting the fluid encouragement used by the producers to create the amusingly obtuse video polemic.​