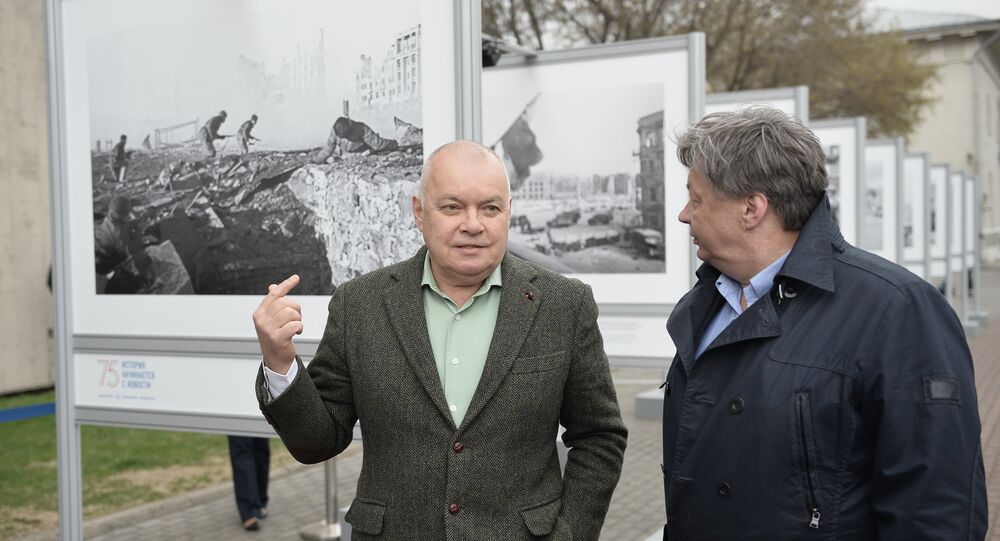 MOSCOW (Sputnik) — Director General of the Rossiya Segodnya International News Agency Dmitry Kiselev on Friday opened a photo exhibition at the agency's premises in Moscow dedicated to the 75th anniversary of the Soviet Information Bureau (Sovinformburo), from which agencies Rossiya Segodnya and RIA Novosti originated.

The exhibition includes 30 unique images depicting war-time period in the 1940s. The photographs include those of the most important milestones of World War II — the Battle of Moscow, the Siege of Leningrad, the defense of Sevastopol, Stalingrad and other Soviet cities as well as the Battle of Berlin and the 1945 Victory Parade in Moscow.

The exhibition will be opened until May 13 this year. The photo exhibition is a part of a series of commemorative events dedicated to the Soviet Information Bureau’s anniversary.