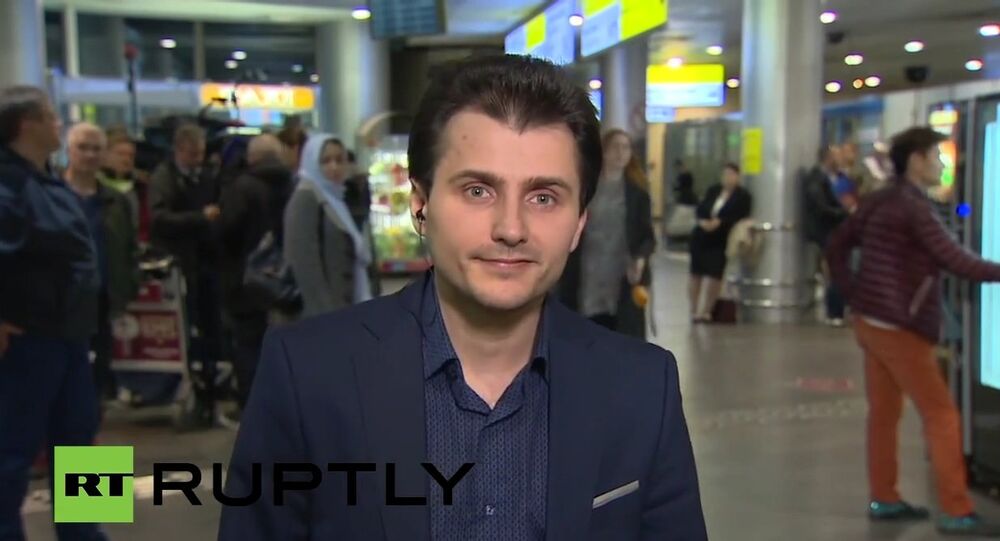 The head of Sputnik News Agency’s Turkish bureau, Tural Kerimov, arrived in Moscow after he was banned from entering Turkey.

"Yesterday, I headed to Istanbul after visit in Moscow, and I faced problems at the passport control. I stayed there for 10 minutes. After that I was taken to security checkpoint for an hour," Tural Kerimov told journalists at the airport. "They check and then took away my documents: my press card, my residence permit, my ID, my airline ticket" he added.

"After an hour that I stayed I was banned from entering Turkey," Kerimov said. "They showed me documents that I'm a person not welcoming in Turkey. I was surprised, frankly speaking."

"Perhaps this statement was made when I was on my way to Moscow, so I'm not aware of such statements," Tural Kerimov said, commenting on the issue.

"But recently Turkey has had certain problems. Certain media, person, foreign media figures had problems [in Turkey]. I cannot comment the actions of the Turkish government, I'm not sure what they going to do in the future. But I hope that the Russian side, Russian diplomats will have all the explanations of the incident," Tural Kerimov told journalists.

"I would not make any political statements. As a journalist I can say that enduring this last year there have been certain problems. For example, there was a problem with alternative information on Syrian crisis. It's a sore point for the Turkish government. So I think there are certain problems and frankly speaking I don't expect that they will be resolved in the near future."

On Wednesday, the chief editor of Sputnik News Agency’s Turkish bureau, Tural Kerimov, was denied entry to Turkey, stripped of his accreditation and residence permit in Turkey.

By Hook or by Crook: Turkey's Sputnik Ban 'Contradicts All Logic'