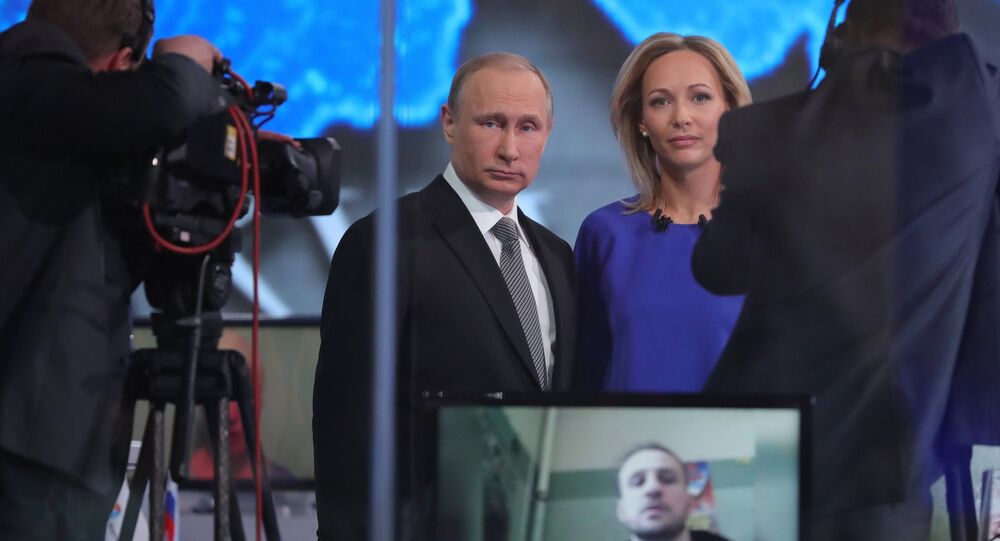 Can a woman really become the president of Russia and where can a child study to become the head of state, does he like porridge and when will we see the new first lady - the Russian President wrapped up his 14th Q&A session after talking to his country for three hours and 40 minutes.

Vladimir Putin's Q&A session in 2015 was watched by 8.4 million people and lasted 3 hours and 57 minutes. The Russian leader answered 74 questions out of over 3 million submitted by members of the public.