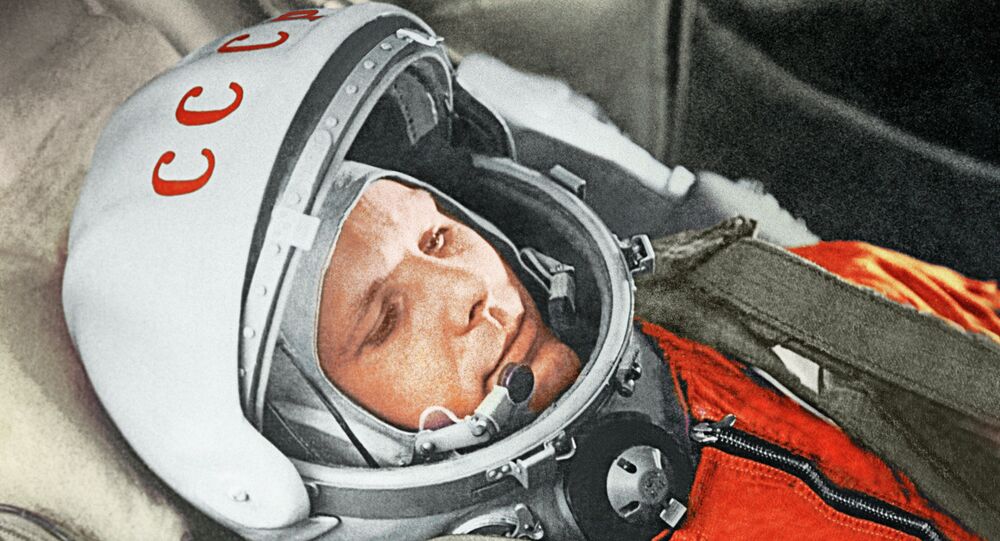 On April 12, 1961, Russian cosmonaut Yuri Gagarin became the first human to fly into outer space aboard the Vostok-1.

Everyone knows Gagarin's radiant smile and the word "Poehali!" (Let's go!), which he said before taking off. However, there is also a full transcript of Gagarin's conversations with ground control on earth, parts of which Sputnik has published below.

"Kedr" is the call sign of Yuri Gagarin, "Zarya-1" is that of Russian rocket constructor Sergey Korolev. Other call signs belong to the Mission Control Center and other earth services.

Korolev: Jura, how are you? Receiving.
Gagarin: As I was taught. Everything's fine, everything's all right. Can you hear me alright? Receiving.

Gagarin: Attention, I can see the Earth's horizon. It is such a beautiful aura. At first, there is a rainbow rising from the surface of the Earth, and then this rainbow goes down. Very beautiful, it has already gone behind the right window. I can see the stars through "Vzor", how the stars are moving. A very beautiful sight. I keep flying in the Earth's shadow. In the right window I am now watching a little star, it moves from the left to the right. The star is moving away, away, gone… Attention, attention. 10 hours 9 minutes 15 seconds. I've left the Earth's shadow. Through the right window and "Vzor" I can see the Sun appearing. The object is rotating. Obviously a solar system illuminator is working. Now I can see the Earth through "Vzor", I am watching the Earth, watching the Earth, flying over the sea. It is quite possible to determine the direction of the sea's movement. Now I'm moving with my right side, it is partly covered by clouds. The direction of the sea is determinable [one word is not clear]. "Vesna", I am "Kedr", "Vesna", I am "Kedr". 10 hours and 18 minutes. The second command's done. The pressure in the orientation system is 120 atmospheres. The pressure in the TDU cylinder is 320 atmospheres. I feel good. The flight is successful. Can you hear me alright? Receiving. All the systems are working well. [Loud noise]. "Vesna", I am "Kedr", "Vesna", I am "Kedr". The flight is successful. My health is excellent. All the systems are working well. 10 hours 23 minutes. The pressure in the vehicle is one unit. Humidity — 65, temperature — 20. The pressure in the compartment is 1, 2. In the manual system — 150. In the automatic system — 110, in the second automatic system — 115. In the TDU cylinder — 320 atmospheres. I feel good, keep flying. Can you hear me alright? Receiving.