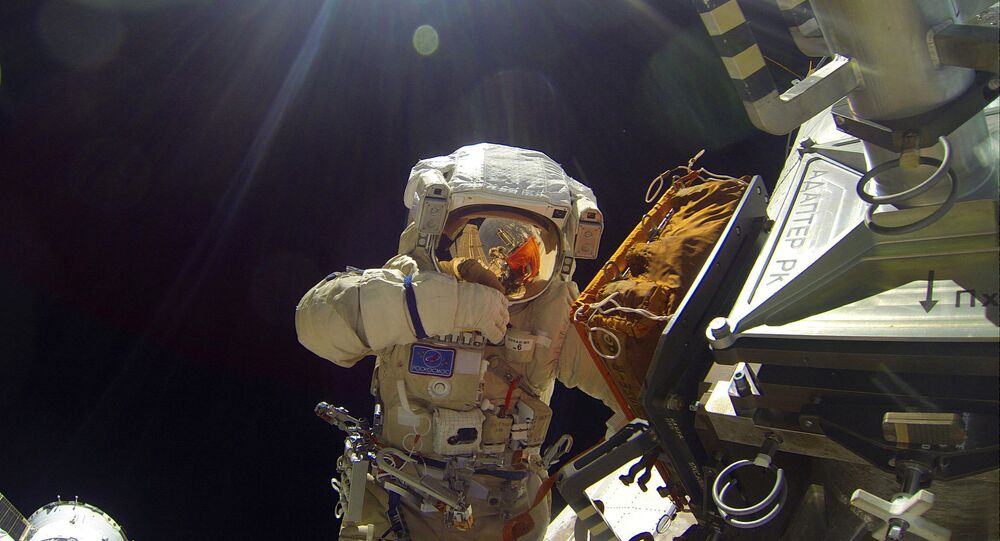 From strange "toilet habits" to" plush toys" - all Russian cosmonauts have a variety of traditions and superstitions, most of which emerged in the times of the Soviet Union.

© Photo : Youtube/Sputnik
Cosmonautics Day in Russia: 59 Years of Pioneering in Space
Russia is celebrating Cosmonautics Day on April 12 in commemoration of the first manned space flight in 1961, when a booster rocket took the Vostok spacecraft into orbit with the first cosmonaut on board — Soviet citizen Yuri Gagarin.

Cosmonauts are very well disciplined and highly professional. After passing a difficult selection process, they have at least five years of intensive training in order to be able to control the spaceship, resolve potential problems on the space station and even use the toilet in space.

However, none of them want to rely on chance. Before they get on board, they follow numerous superstitions, traditional ceremonies and procedures, some of which are listed below.

1. The first "space superstitions" came from the famous Soviet rocket engineer Sergei Korolev. He did not like starts on Mondays and always put off the launch if it happened to be on that day. Korolev often had serious conflicts with the leadership because of this strange habit, which has remained a great mystery until now. After a couple of years, the tradition was eventually abandoned, but right after that, 11 mysterious accidents happened, raising concerns among superstitious space crews. Since 1965, Monday has been almost officially announced a "non-start" day for Soviet and Russian cosmonauts.

2. Cosmonauts also consider it bad luck if they see the rocket being transferred to the launch pad. That's why employees usually take special precautions to prevent cosmonauts from seeing the process.

Moreover, as soon as the rocket is on the pad, it is consecrated by an Orthodox priest. In this way, the priest blesses the crew before its space mission.

3. If you look at the interior of the capsule on any video depicting the launch of Russian rockets, you will notice a nice plush toy hanging from the dashboard. During the latest 40th ISS expedition it was a giraffe of NASA astronaut Gregory Wiseman's daughter.

Plush toys not only serve as a mascot, but also have an important function. When the spaceship goes into orbit, toys "float" up and hang in the air, showing that the crew is in free fall.

4. The "toilet tradition" of the Russian space crew is likely to be the strangest for many Western residents. The tradition goes back to Yuri Gagarin: on the way to the launch pad, he asked the driver to stop the bus, got out and eased himself on the rear right wheel of the vehicle.

© Sputnik / Roscosmos
Cosmonauts on Moon, Stalin in Metro? Best April Fools’ Day Pranks in Russia
In 1961, it made sense: Gagarin didn't want the weightless drops of urine to float around him inside the capsule. However, today, when cosmonauts wear diapers and are packed in three-layer spacesuits, there is no practical sense to do something like that.

Nevertheless, male cosmonauts still get off the bus, unbutton their suits and do the deed on the rear right wheel. Female cosmonauts take a bottle of urine with them and pour it out.

5. Another space superstition was inspired by maritime traditions and is about women. The fears, in particular, concerned Valentina Tereshkova, who became the first woman to fly into space. At that time, many remembered the old marine omen saying that a woman on the ship brings bad luck. Luckily, the Soviet leadership was far from superstitious and on June 16, 1963, Tereshkova flew into space on the eve of the International Women's Conference in Moscow.

6. Cosmonauts with moustaches were also not allowed into space for a long time. The superstition arose following a technical problem that emerged during a flight of Russian cosmonaut Vitaly Zholobov. As result of the problem, the program had to be stopped earlier. Zholobov, at that time, wore a moustache.

7. Every rocket launched from the cosmodrome in the Russian city of Plesetsk has the inscription "Tanya" [a Russian female name] on board. The story says that this name was written on the first rocket launched from the spaceport by an unknown officer who was in love with a young woman named Tanya. Once someone forgot to write the magic word, a rocket exploded during the launch. After the incident, every rocket has "the lucky name" written on it.

8. Russian cosmonauts never give autographs before their first flights. Some of them even avoid using black ink. Many cosmonauts leave autographs on the door of the hotel room where they spent the night before the start. Washing them off is strictly prohibited.