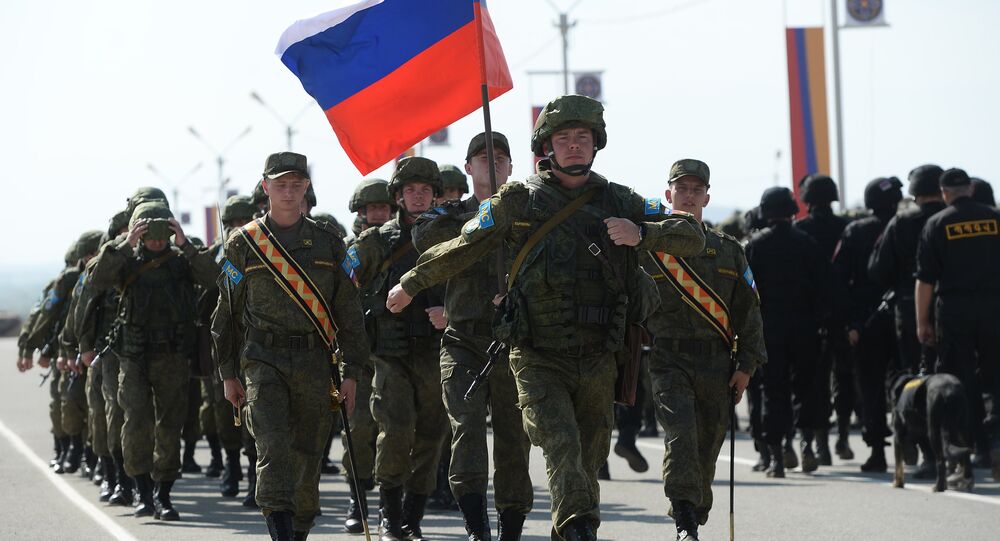 © Sputnik / Julia Chestnova
Better Safe Than Sorry: Newly-Created Russian National Guard is ‘Preventive Measure’
MOSCOW (Sputnik) — On March 5, Russian President Vladimir Putin announced the creation of the National Guard on the basis of Interior troops tasked with the fight against terrorism and organized crime in the country.

"The National Guard's personnel could be used on orders by the Russian president in operations aimed at maintaining or restoring global peace and security," the text of the draft document, posted on the federal portal of legal information says.