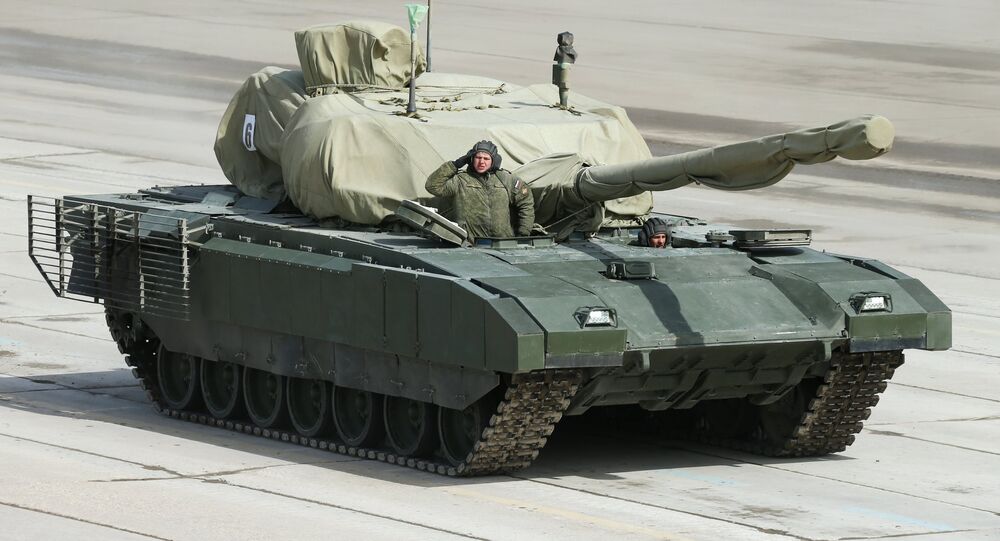 An eye-catching video, partly shot from the capsule of Russia's state-of-the-art T-14 Armata tank has emerged on the Internet.

© Flickr / Pavel Vanka
Bullet the Blue Sky: Su-35S Named One of the World's Deadliest Fighters
Breath-taking footage has emerged on the Internet which shows state tests of the advanced Russian tank T-14, according to the Russian newspaper Rossiyskaya Gazeta.

A four-minute YouTube clip shows the T-14's crew of three implementing an array of tasks during what appear to be tests conducted by the military.
In particular, the T-14 performs several 360 degree turns, and then rushes down the road at a speed close to its maximum.

Apparently, the clip was filmed in the wintertime, which is why the Armata looks especially impressive against the backdrop of a snow-covered landscape. The video ends with the T-14 successfully destroying a target using its 125-mm gun.

In early March 2016, Sergey Chemezov, head of the Russian state corporation Rostec, confirmed in an interview with the Wall Street Journal that the T-14 is already being mass produced.

© AFP 2021 / YURI KADOBNOV
Tank Killer: New Armata Gets Really Big Gun
The tank's interior features a capsule that keeps the crew isolated from ammunition and fuel, which could increase chances for the crew's survival if the tank is hit.

Currently, the tank sports the standard 125-mm cannon, but designers say it could easily be outfitted with a much more powerful 152-mm cannon in the future.