“First of all, as it became clear, this is a home event, most of all an American event. Usually events of this type and level are held on the base of a consensus and the ability of participating in working out the final resolutions,” Putin said at a media forum in St. Petersburg. 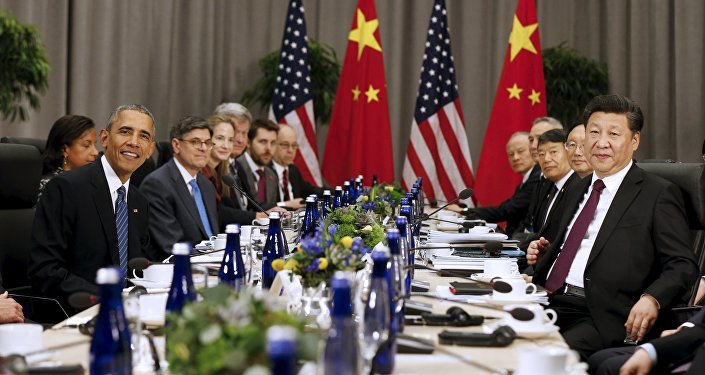 © REUTERS / Kevin Lamarque
Nuclear Security Summit Participants Welcomes Convention Enforcement
Putin explained that the nuclear summit in Washington was split up into five different groups and Russia was offered to work only in one of them, which would mean that Russia would be able to contribute to the final resolutions in only one subject.

“That is, the overall documents, if they are to be accepted now, we wouldn’t have taken part in them. But allow me to ask why such a large nuclear power like Russia cannot take part or cover such an event with its presence and cannot have an influence on the working out of the final solutions?” Putin said.

© REUTERS / Jonathan Ernst
Obama's Decision to Update US Nuclear Arsenal ‘Mutates Into Monstrous Idea'
The fourth Nuclear Security Summit was held in the US capital from March 31 to April 1.

Russia did not attend the summit, citing unacceptable interference by organizers of the event in the work of international structures, including the International Atomic Energy Agency.