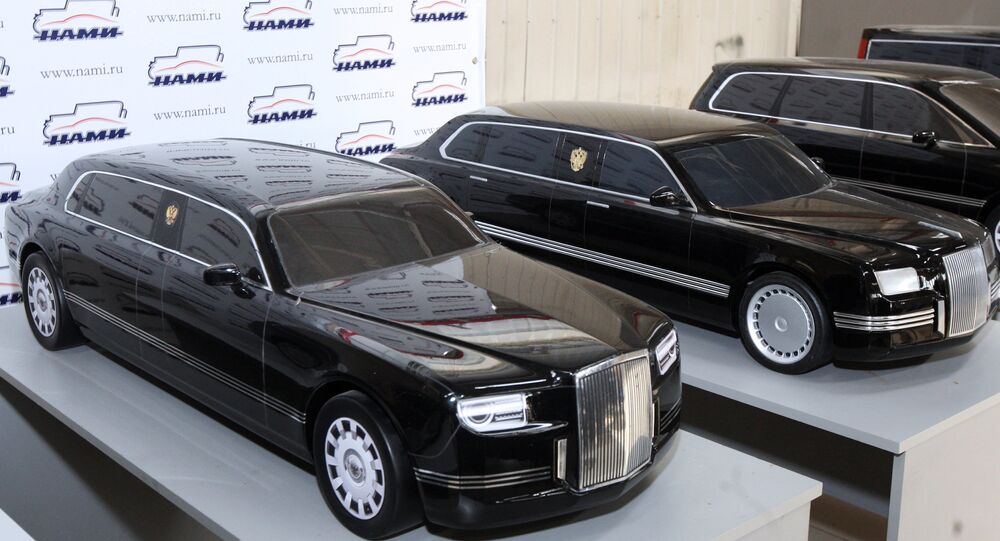 © Sputnik / Ruslan Krivobok
Sollers JSC Chosen to Produce New Russian Presidential Limousine
Two hundred vehicles are to be built next year. The presidential limousine has been undergoing trials for almost a year now. Denis Manturov said that a series of crash-tests for the sedans had been slated for later this month.

© Sputnik / Sergey Subbotin
Inside a car designed under the project "Cortege" displayed at the Central Scientific Research Automobile and Engine Institute.