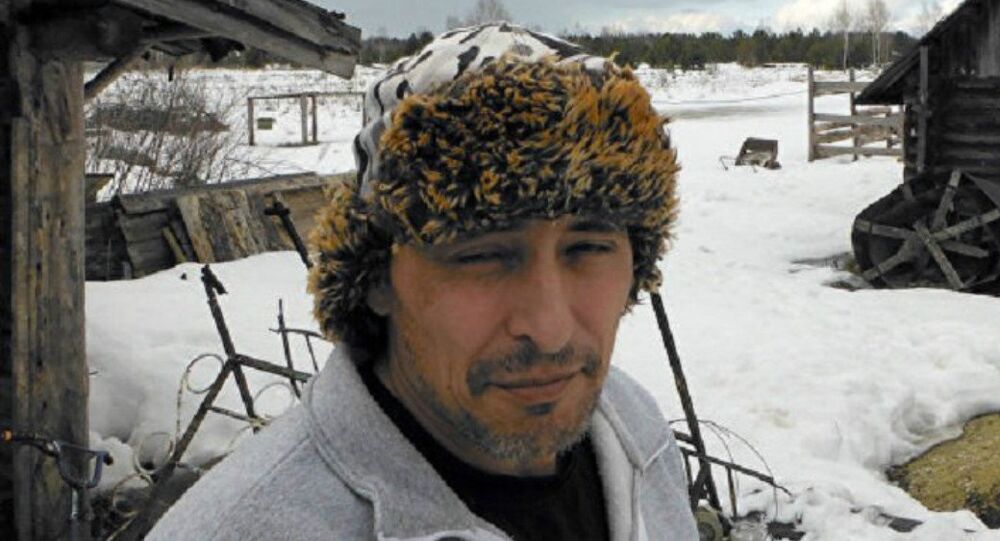 Justin Irwin, a Native American living in a small village in Central Russia, raises cows, hens and pigs and plans to expand and set up a full-scale animal farm.

“A man makes his own arrows,” according to an old Indian proverb. It rings especially true in the case of Justin Irwin, a Lakota Indian who lives  deep in the woods of Central Russia.

A "true Communist,” he once left a reservation in South Dakota to begin a new life in Slavtsevo, a village located in the very heart of Vladimir Region with his Moscow-born Russian wife and their three kids.

Justin abhors reservations just like he does big cities.

“The only reason why I will ever go to Moscow will be to attend  the opening of a memorial to the victims of the genocide of Indians and say a few words about it,” Justin told RIA Novosti.

He also wants to obtain Russian citizenship and rebuild their old house.

© Sputnik / Sergey Stroitelev
New Beginning: Life of Syrian Refugees in Moscow Region After Fleeing Aleppo
Justin met his future wife, Natalya, on the Internet in 2009. Interest in Native American culture sparked a friendship between the two on an online forum.

Drawn together by their shared dislike of big cities and a desire to set up a prosperous farm, they eventually started looking for a house in a village in the Russian outback to settle down and start a new life.

For Natalya, a single mom at the time, the adventure led to love, marriage and a second child.

When asked how come they decided to live in Russia and not to move Stateside, Justin said: “The United States? This is what they call it, but we call it Turtle Island. They killed off all the bison, they destroyed the nature. I don’t want my kids to live in a reservation. I want to raise them here in Russia. Living in America is like being inside a concrete trap. The system the white people built there is not for us,” he said.

Irwin said he likes genuine Communism. Not Marxism, but the original Communism derived from “commune,” “community.”

“This is how we once used to live, working together as part of large communities,” he added.

Big Wolf also traces his roots to the matriarchate where men, hunters and warriors, did nothing without the advice and consent of the ruling council of their mothers and grandmothers.

He said that people in Russia have everything they need to develop without capitalism and the system created by the “whites.”

“The genocide in America still goes on and it never stopped, that’s why they will never have a memorial to the Indian genocide there.

He described the ongoing wars in Syria and elsewhere in the Middle East as a continuation of the genocide that once happened in North and South America.

“Take a look at Africa, the Middle East… Oil, money… Why is it so? We should have an agreement between Russia and Lakota Indians on cultural cooperation and exchanges,” Big Wolf said.