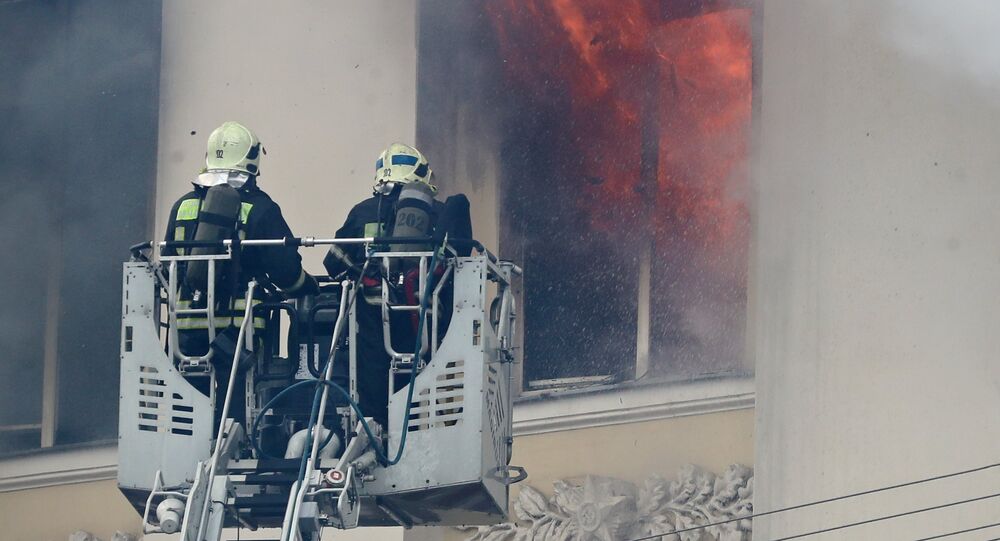 Around 1,200 square meters of the roof of a Defense Ministry administrative building has caved in hours after it was engulfed by flames earlier on Sunday, RIA Novosti reported citing a source in the city’s emergency services.

Emergency officials fear that more sections of the damaged structure may also collapse.

Overall, about 3,500 square meters of the building have been gutted by fire.

The blaze broke out on the second floor of the building Sunday morning and quickly spread to 50 square meters.

There are over 260 firefighters now deployed at the site battling the flames, an Emergencies Ministry spokesman said.

There has been no word of anyone killed or injured at this hour.

At around 1 p.m. the fire alert was raised to the highest, level 5, as the flames had spread to the third, fourth and fifth floors of the five-story-building, and reached the roof.

​Flames erupting from the Ministry windows

Earlier in the day officials said that clouds of smoke were seen coming from one of the Defense Ministry’s service buildings at 19, Znamenka Street.

They added that the fire could have been caused by a short circuit.