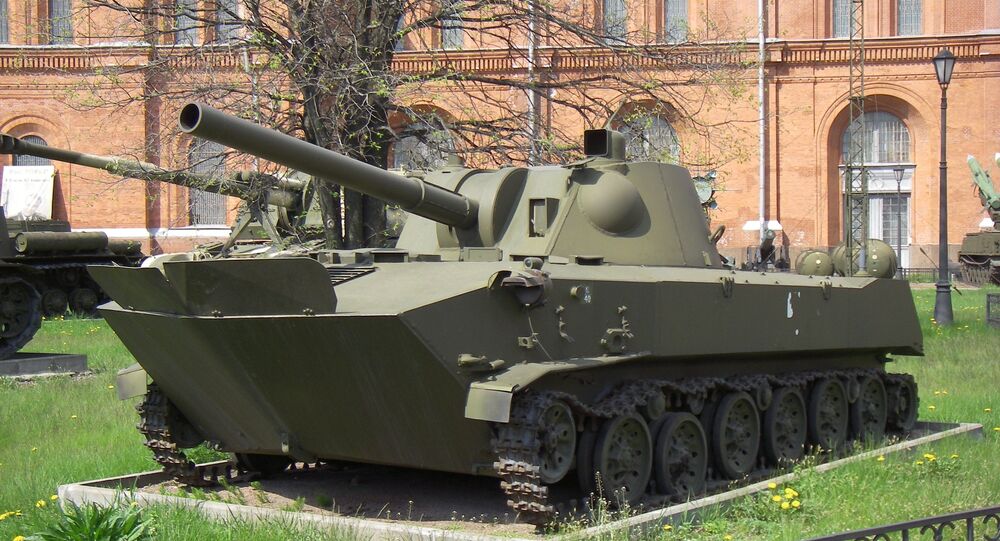 The 2S9 Nona-S self-propelled mortar system is undergoing final trials in Perm before being sent to one of Russia’s paratroop divisions, Zvezda TV reported.

The 2S9 Nona (Newest Ordnance of Ground Artillery) is an amphibious vehicle that can be propelled through the water by two rear water-jets. It utilizes a 120 mm mortar with a 1.8-meter-long barrel and is operated by a four-man crew.

The 2S9 Nona is compatible with rifled rounds, specially developed for this artillery system, and any 120-mm mortar mines used by many foreign armies.

This mortar system can be used as mortar or howitzer, delivering direct or indirect fire.

The 2S9 Nona features a suspension that "squats" to fit into the terrain and ensures an optimal firing angle for its gunner.

The vehicle is powered by a 5D20 diesel engine packing 240 hp and provides a maximum speed of 60 km/h.

During the early 1980s, the Nona-S artillery system proved to be effective in mountainous terrain during the Soviet war in Afghanistan.

With its high maneuverability and impressive firepower, it was a real boon to paratroopers. It could also engage targets not accessible to ordinary guns and howitzers, because of its range.

“I talked with officers who served in Afghanistan and they heaped praise on this self-propelled gun, which they said was extremely accurate in direct and plunging fire situations alike,” Viktor Ignatyev, a test driver, told Zvezda TV.

With two wars behind its back, the 2S9 Nona is still going strong as a powerful weapon and will live on as a weapon Russian paratroopers can rightfully be proud of.