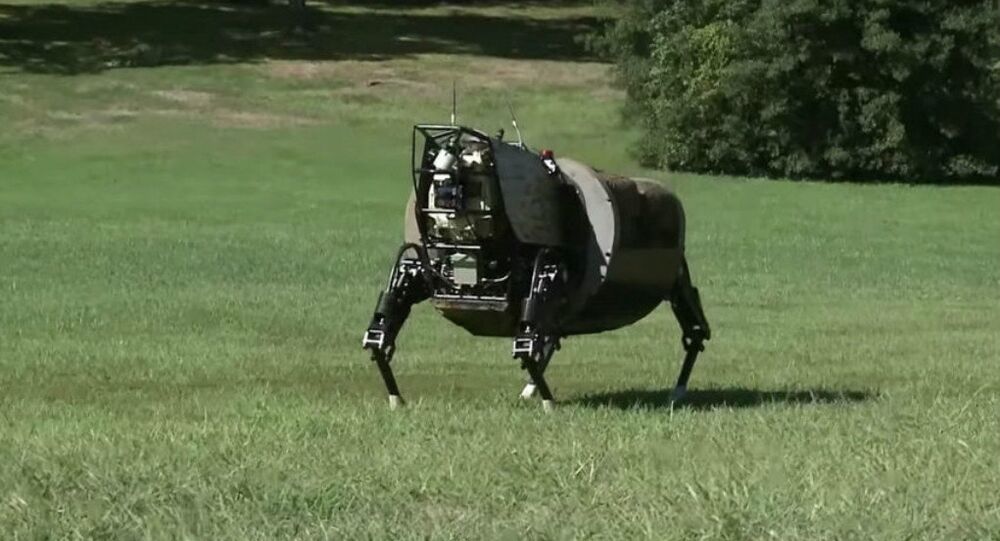 Russia has been developing an advanced biomorphic combat robot which will move like a four-legged animal and will be equipped with a machine gun and guided antitank missiles, according to the Russian newspaper Rossiyaskya Gazeta.

© Sputnik / Vladimir Astapkovich
Russia’s Future Weapons: Avatars, Combat Robots and Mind-Controlled Quadcopters
Work is in full swing in Russia to create a state-of-the-art biomorphic combat robot which will walk on four "legs" and will be armed with a machine gun and guided antitank missiles, the Russian newspaper Rossiyaskya Gazeta reported.

The Rys (Lynx) robotic system is expected to be used as a reconnaissance device, a platform for the transportation of armaments and ammunition, as well as devices for the detection of minefields and even weapons. Additionally, the Rys will be capable of evacuating the dead and wounded from battlefields.

© Photo : military-industry.ru
The conceptualization of the Rys biomorphic robotic system

The robot will be able to move on challenging surfaces, including sand 10 centimeters deep, grass up to one meter high, snow and puddles 40 centimeters deep as well as on glaciers and mountainous terrain.

It is worth mentioning that creating biomorphic robots for military and civilian purposes is not uncommon among many countries, including Italy, where the octopus-like Poseidon robot was recently developed.