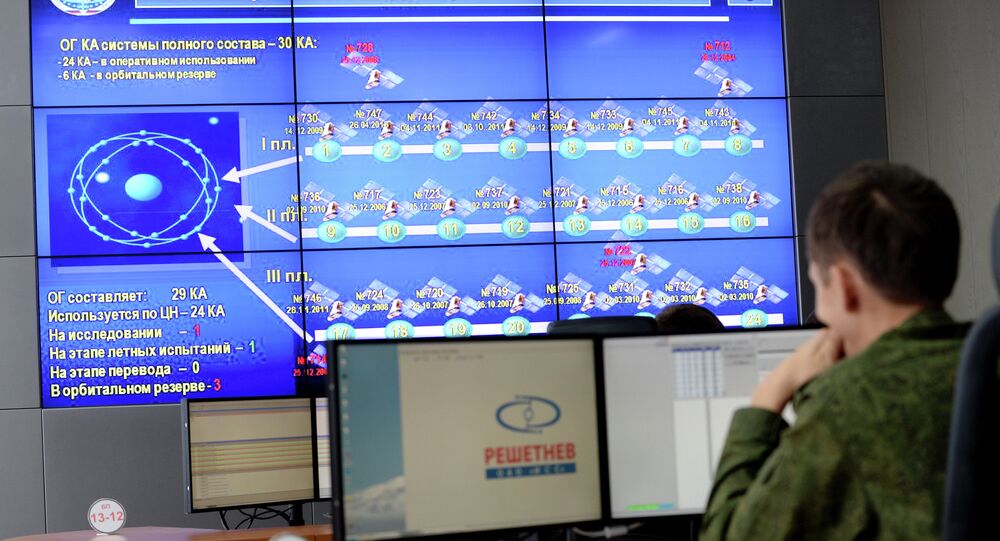 The testing of the ground control system of the Glonass satellite navigation system has been completed, Nikolay Testoyedov, the Head of the Reshetnev Information Satellite Systems Company told Izvestia newspaper.

MOSCOW (Sputnik) – The testing of the Glonass system started in 2011. In December 2015, the Russian Defense Ministry was put in charge of the systems’ final tests.

"The tests ended successfully, otherwise the system would not have been accepted. I want to give credit to our customers – they are demanding people and if something was not in line with their technical objectives they pointed it out and we worked it through, modernizing some things," Testoyedov told Izvestia.

© Sputnik / Alexandr Kryazhev
Russia May Launch Up to Three Glonass Satellites in 2016 - Space Industry Official
Glonass is a satellite navigation system, which offers an alternative to the US Global Positioning System (GPS). The Glonass network provides real-time positioning and speed data for surface, sea and airborne objects around the globe.

The system currently consists of 28 satellites, of which 23 are operational, and a number of ground relay stations.

On Wednesday, head of Roscosmos Igor Komarov,announced that the Russian space agency would transfer control over the ground infrastructure of the Glonass global positioning system to the country's defense ministry later this year.

Russia's Roscosmos to Hand Over Glonass Infrastructure to MoD in 2016