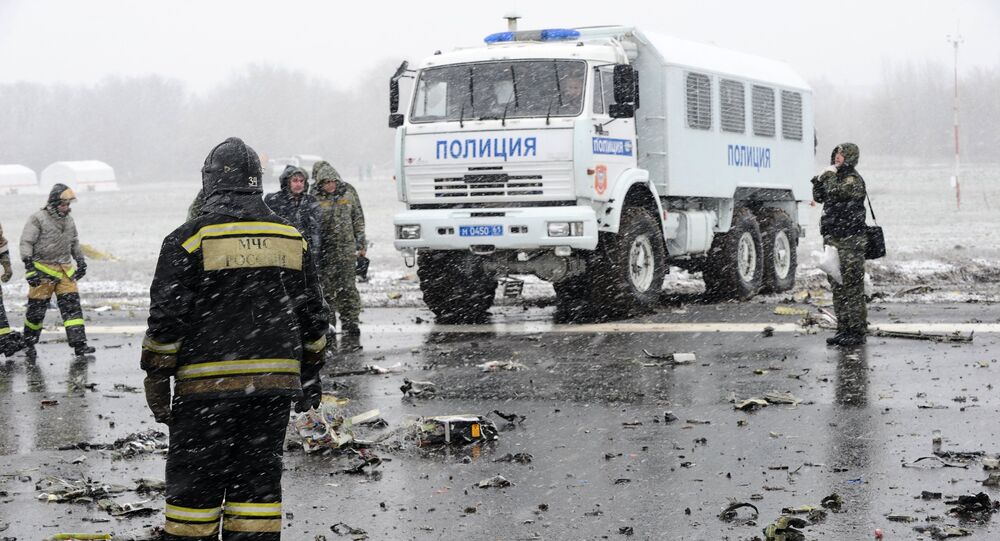 A FlyDubai Boeing 737-800 could have crashed in Russia's Rostov-on-Don due to a conflict in the cockpit, local media reported Monday.

© Sputnik / Maksim Blinov
FlyDubai Plague: Majority of Airlines Turns Blind Eye to Pilot Fatigue
MOSCOW (Sputnik) — On March 19, the FlyDubai passenger jet crashed on landing at the Rostov-on-Don airport in southern Russia, killing all 62 people on board, most of them Russians.

According to a source of Russia's Kommersant newspaper, decoding of the parametric data and voice recorders of the plane revealed that pilots had twice attempted to land the aircraft in automatic mode, but failed to do so due to difficult weather conditions. The pilots eventually decided to come in to land in manual mode.

Experts claim that the crew failed to take characteristics of the Boeing 737-800 into consideration, particularly transition from landing to ascend. The pilot on the controls continued to ascend and attempted to pick up speed, while his co-pilot tried to stop gaining altitude. As a result, control of the aircraft was out of sync.

The investigation has not yet managed to establish who of the pilots made the fatal error.