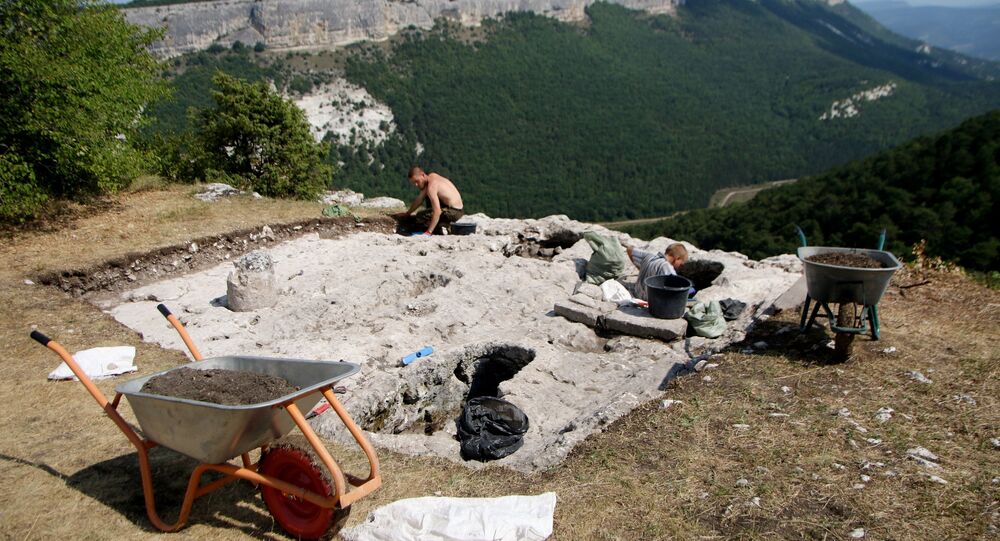 Construction workers building an energy linkup from Russia’s mainland to Crimea have dug up a freshwater intake built by an ancient civilization that once existed on the Black Sea peninsula.

© Sputnik / A. Basenko
Russian Archeologists Unearth 'White Walls' of Ancient Memphis
Archeologists believe that the reservoir means that ancient tribes that once inhabited the region knew how to build complex hydro-technical facilities long before the ancient Greeks.

According to preliminary information, the reservoir was built between the 7th and 8th centuries BC, Dni.ru reported.

Experts concluded that the complex was used as a natural filter for rainwater used by the ancients.

They also believe that the ancient reservoir could have been built either by Greek settlers or by Sinds – the ancestors of present-day Adygs, a people of the northwest Caucasus region.